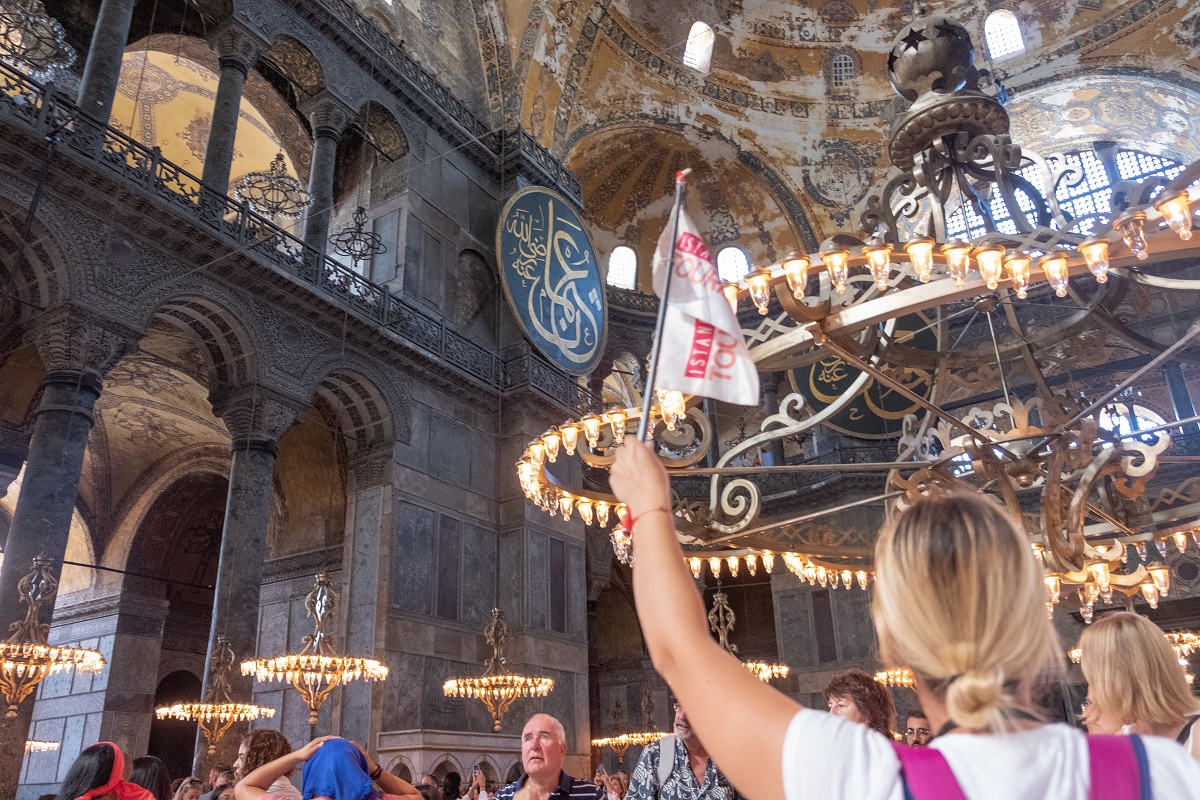 Let's take a closer look at Hagia Sophia. The church of the divine knowledge, also known as ayasofya in Turkish, is a significant byzantine historical place in Istanbul and one of the world's great monuments.

Hagia Sophia was built as a church in the 6th century under the leadership of the Byzantine emperor Justinian. Justinian requested that the building be constructed on top of other church ruins that had been built several times during the Justinian emperor period, and it took 5 years to finish. It was a temple, a museum in Istanbul, and then a mosque again through the years. Justinian sought to demonstrate his hegemony over his Roman forefathers by erecting an unrivaled architectural structure. With Islam minarets and inscriptions, as well as lavish mosaics of Christianity, the architecture reflects the religious developments that have occurred in the region over time.

Istanbul is a large city with a variety of district articles describing attractions, bars, nightlife, and lodging options, as well as being one of the most popular cities for medical care in Istanbul. Istanbul is the most populous city of Turkey, as well as the country's cultural and financial capital.

With its long and rich history at the center of empires dating back to the Roman, Byzantine, and Ottoman periods, Istanbul offers a number of historical and religious sites to visit. The most significant archaeological areas are clustered around Sultanahmet square and include Hagia Sophia, Topkapi Palace, Basilica Cistern, and Blue Mosque.

In the 1980s, the Hagia Sophia was designated as a UNESCO world heritage site in Istanbul. And it has been one of Istanbul's most popular tourist attractions, with nearly four million tourists last year; for nearly a millennium after its completion, it was the largest cathedral in all of Christendom. It served as a center of religious, political, and artistic life for the Byzantine world, and it has provided numerous valuable scholarly insights into the period. The Ottomans converted it to a mosque after Sultan Mehmet. It has been a major place of Muslim worship since then. The most important things to do in Istanbul Hagia Sophia are to first admire the wonderful and breathtaking architecture of the Hagia Sophia's façade, where the massive dome and four minarets serve as a wonderful backdrop for photographs.

From the inside, you can admire the Byzantine mosaics that adorn the Hagia Sophia's ceiling, as well as a selection of the world's most exquisite architectural and archaeological masterpieces chandeliers and lighting units dating back to ancient historical times.

To build the cathedral, marble and ornamental stones were shipped from all over the world. The emperor used all of his wealth to decorate the structure, including marble in a number of colors and mosaics of gold, silver, glass, tiles, and colored stone pieces on the interior walls. The Hagia Sophia in Istanbul represents high importance and sanctity to its Muslim and Christian visitors alike, with its icons representing both religions such as the inscription of the

Virgin Mary on the Hagia Sophia ceiling, the world of majesty and the name of prophet Mouhammad, with gilded inscriptions on its walls, “Mihrab” and columns in the prayer square.

Also, you can visit the graves of the Ottoman Sultans attached to the building of the Hagia Sophia mosque, which represents the sanctity and high historical importance of the Turks.

After that, relax in Istanbul's green Gulhane Park near Hagia Sophia or visit one of the nearby attractions including the Hagia Sophia bath, Sultanahmet mosque, or Topkapi museum.

Yes! Istanbul Tourist Pass grants access to a guided tour of Hagia Sophia Mosque. It also helps you save a huge amount of money, up to 75%! You can buy your Pass to access Istanbul’s most visited museums and have a piece of mind. Your tickets will be virtually available, so you will not have to wait in the ticket lines either. Enjoy Istanbul to the fullest with the Istanbul Tourist Pass and book your Istanbul visit today!