Are you ready to explore the Istanbul Archeological Museums?

Are you ready to have a great time and witness different cultures in one of the world's largest museums? The Istanbul Archeological Museums is one of the best places to visit in Istanbul. It has many objects from the pre-Islamic periods of Anatolia and Mesopotamia's Greek, Egyptian, and Arabian Peninsulas.

It is very easy to visit this memorable place with the Istanbul Tourist Pass! The collection of the Istanbul Archeological Museum will impress you with its uniqueness. Do not leave Istanbul without visiting witness to the cradle of civilizations.

About The Guided Archeological Museum Tour

The original text of the Treaty of Kadesh, signed in BC 1258

Bust of Marcus Aurelius from Rome

A panel from the Ishtar Gate in Babylon

The Istanbul Archeological Museums are among the largest museums in the world, with over one million artifacts from various cultures. Since you can see many objects from the pre-Islamic periods of the Greek, Egyptian, and Arabian Peninsula of Anatolia and Mesopotamia, this museum is one of the best places to visit in Istanbul.

It was established as the Imperial Museum at the end of the 19th century by the painter and museologist Osman Hamdi Bey. Istanbul Archeological Museums' collection includes artifacts from civilizations within the borders of the Ottoman Empire, from the Balkans to Africa, from Anatolia and Mesopotamia to the Arabian Peninsula and Afghanistan.

The approximate duration is 20 minutes

Meet your guide in front of the Carpet Museum (Halı Müzesi), outside the palace. The guide will be holding a flag with the logo of Istanbul Tourist Pass.

The tour starts in front of the Old Carpet Museum. Click "Get Directions" above to find the location on Google Maps.

Istanbul Tourist Pass holders do not pay admission at the Archeological Museum.

All About Guided Archeological Museum Tour

Istanbul Archaeological Museum, is located in the main building of the facilities of Istanbul Archaeological Museums near the other units as Tiled Kiosk and the Museum of the Ancient Orient. Istanbul Archaeological Museum, which is one of Turkey’s first museums, is a legacy from the Ottoman Empire to the Turkish Republic. Although the first emergence of the idea of the museum dates back to the time of Mehmed the Conqueror, its actual realization was with the establishment of the Imperial Museum in 1869. The Hümâyun Museum, which consists of archaeological artifacts collected until that day in the Hagia Irene Church, formed the basis of the Istanbul Archaeology Museum. While visiting Istanbul Archaeological Museum you may also stop by Hagia Irene Museum which has a special place for the history of the city. Saffet Pasha, the Minister of Education of the period, made personal efforts to bring works to the museum, and at the same time, one of the teachers of Galatasaray High School, Edward Goold, of English origin, was appointed as the museum director. In 1872, the Minister of Education Ahmed Vefik Pasha re-established the Hümâyun Museum, which had been abolished for a while, with the help of German Dr. Phillip Anton Dethier. As a result of Dr. Dethier's work, the Hagia Irene Church was insufficient for the newly arrived works, but a new building could not be built due to financial difficulties. The "Tiny Pavilion", which was built during the reign of Fatih Sultan Mehmet, was converted into a museum and added to the museum complex in 1880. It took time for the museum to become world-renowned. In 1881, Osman Hamdi Bey, the son of the grand vizier Edhem Pasha, became the director of the museums, and the attempts to find artifacts to be displayed in the museum gained momentum.

Building of the Istanbul Archaeological Museum

The Istanbul Archaeology Museum’s architecture belongs to Alexander Vallury. The building was built due to the need for a new museum to exhibit magnificent works such as the Iskender Tomb, the Crying Women's Tomb, the Lycian Tomb, and the Tabnit Tomb, which were brought to Istanbul from the Sidon King Necropolis. The museum was officially opened on 13 June 1891. June 13rd, when the museum is opened to visitors, is celebrated as the museum day in Turkey. With the addition of the north wing in 1903 and the south wing in 1907 to the Archeology Museum complex, the museum gained its present appearance. Due to the need for new exhibition halls, an addition was made to the southeast adjacent to the Main Museum building between 1969 and 1983, and this section was named the Annex Building. The building, which has witnessed an important part of history, is waiting to host you with its fascinating texture. With Istanbul Tourist Pass, you can visit Istanbul Archaeological Museum without paying for entrance. Artifacts in the Istanbul Archeological Museum This uniquely beautiful building, where you will step into the dusty pages of history as soon as you enter, is home to many ancient artifacts. There are approximately 1 million artifacts in the museum and it contains artifacts from all over the world, most of which are from Turkey. It is hardly possible not to admire the unique artifacts from Mesopotamia and Anatolia. Especially the ancient Greek exhibition will make you feel as if you are wandering among the ancient Greek gods, taking you away from today's world with its mysterious and awe-inspiring hue. Some of the most famous artifacts in the museum are:

Orpheus, who appeared as a mythological character, became a school of its own over time and was associated with Jesus in Christian art. In the root of this, Orpheus, who tamed all the animals with various musical instruments he played during his lifetime, lost his lover with the bite of a snake. Due to the deep sadness he experienced, he was given the chance to go to the underworld and bring his lover. But Orpheus, who lost his lover again in this unfortunate experience, devotes himself to preaching only to men. Because of this dedication, Orpheus, who is associated with Jesus, appears in some works with descriptions similar to Jesus the Good Shepherd. Orpheus is depicted sitting and with an animal next to him, in the statue. The details of his dress are made with a few flush scratches rather than elaborate details. The depiction was completed with the face and hair drawing, which are widely seen in classical Roman art of the era.

The Sayda Sarcophagi are the sarcophagi of the kings' tombs in Sidon, unearthed by Osman Hamdi Bey in 1887. Seven of the 18 sarcophagi found in the necropolis were left in place, and the others were brought to Istanbul upon a very meticulous study. The most important of the invaluable sarcophagi is the Alexander Sarcophagus, and the oldest is the Tabnit Sarcophagus. Apart from this, other important sarcophagi are the Sarcophagus of Crying Women, the Lycian Sarcophagus and the Sarcophagus of Satrap. The Alexander Sarcophagus is considered the most important artifact in the Istanbul Archaeological Museums. According to some archaeologists, this priceless artifact is the symbol of Istanbul. You can enjoy seeing this and similar works that are exhibited in the Istanbul Archeology Museum. 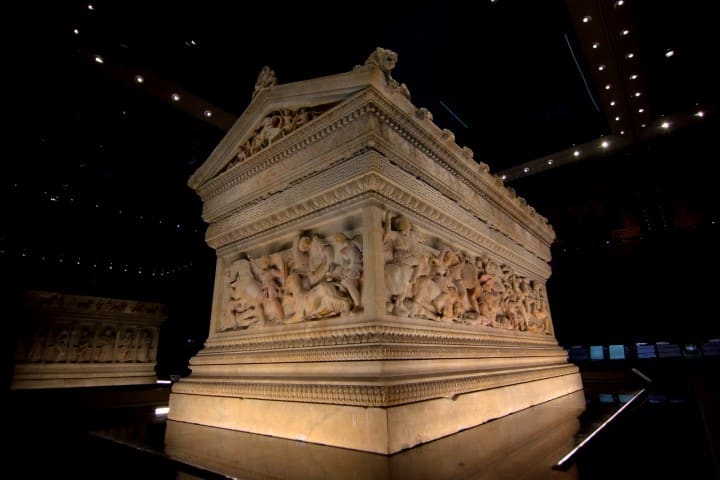 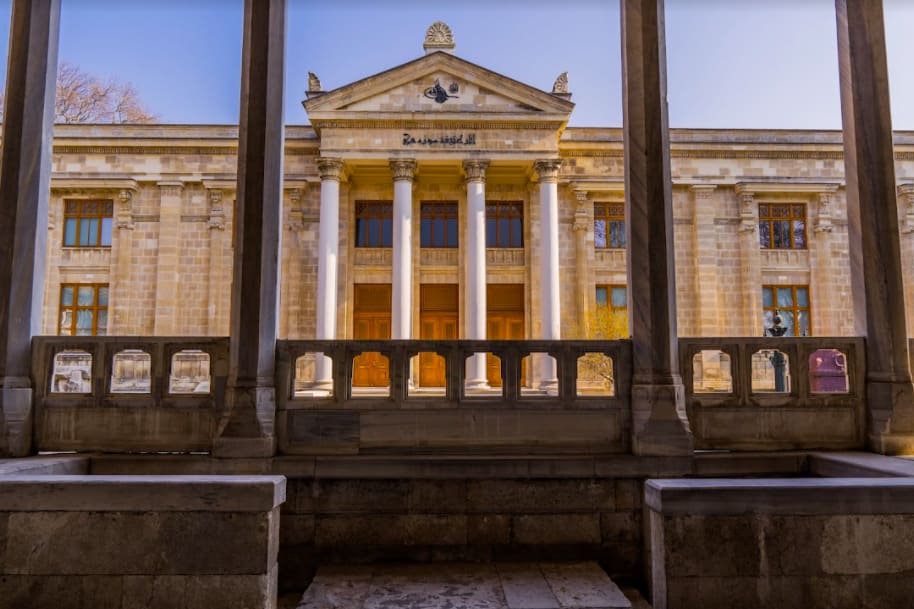 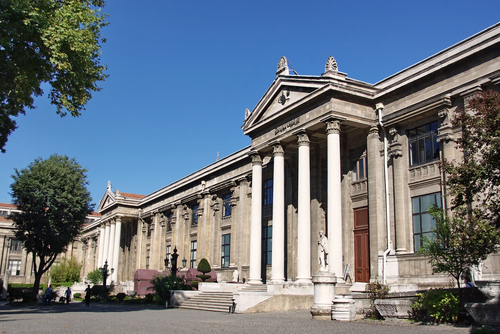 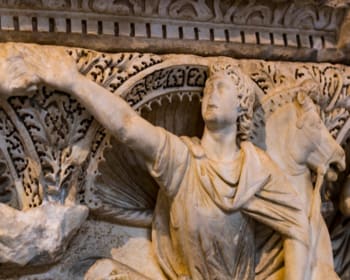 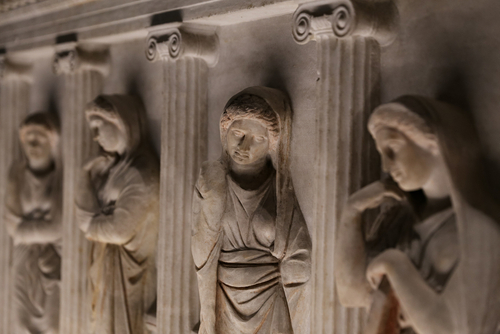 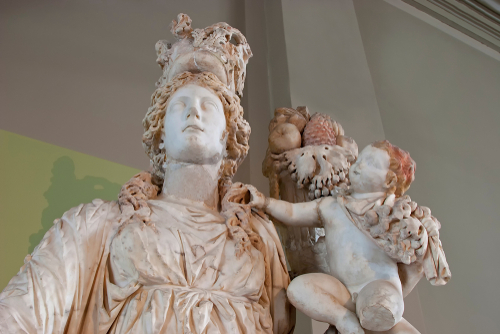 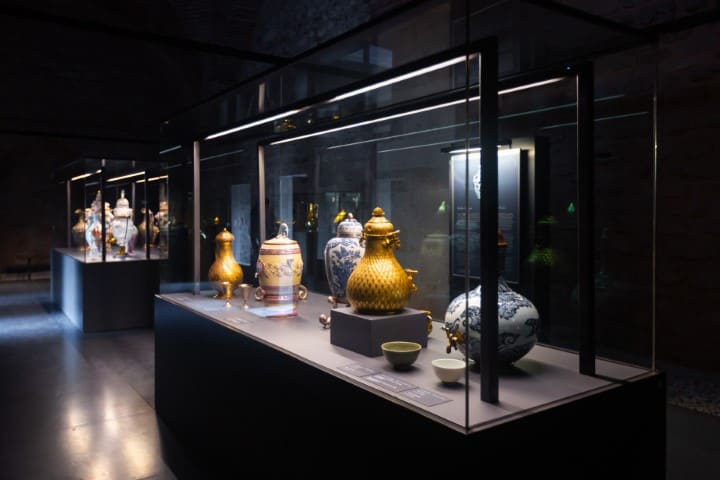 Why Should I Visit the Istanbul Archaeological Museum?

You can have the chance to see many of the works you read in the books in this wonderful museum, which provides an extraordinary experience for history buffs. It is one of the most important landmarks of Istanbul, in a building that dates to the Ottoman.

Can I Get in Archeological Museum with Istanbul Tourist Pass?