Are you ready for the Whirling Dervish Show, the most mystical dance in the world?

The whirling dervish show will make you feel like you are in another world! You will experience the mystical feelings during the show. It is indeed one of Istanbul's must-see attractions. It is a magnificent religious ceremony that is thought to bring dervishes closer to God. This Mevlevi spiritual ritual will make you feel extremely peaceful and magical!

The ceremony is mostly accompanied by ney, a traditional Turkish instrument which makes the show memorable with its magical rhythm and voice. With Istanbul Tourist Pass, it is very easy to experience this amazing night!

About The Whirling Dervishes Show Entrance

It is one of the unique Turkish cultural shows that you can’t find anywhere else in the world.

Witness the enchanting setting of the historic Hodjapasha Dance Theater.

The Whirling Dervishes are a must-see for first-time visitors to Istanbul. You'll witness a unique religious ceremony that is believed to bring the dervishes closer to God. This spiritual ritual of the Mevlevi Order, accompanied by traditional music, will have you mesmerized! You'll also enjoy complimentary beverages before the show.

Experience the spiritual side of Turkish culture and broaden your horizons!

Show available on: TUESDAYS, THURSDAYS, and SATURDAYS at 19:00
The show starts at 19:00 but you must arrive at 18:15 otherwise your reservation may be canceled.
The show takes 1 hour with no breaks.

Take the T1 tram line to Sirkeci station. Walk up Ankara Street and take the first street on the left, Hocapaşa Hamamı Sk. The show takes place at the Hodjapasha Dance Theatre.

One-time admission to the Whirling Dervishes Show is included.

You will receive an email confirming your reservation.

Last-minute reservations are acceptable, subject to availability, but we recommend that you make your reservation the day before you hope to attend to avoid disappointment.

Pick-up to or drop-off from the hotel is not included.

Since the ceremony requires utmost silence, children under the age of 7 are not allowed in the show by the venue.

All About Whirling Dervishes Show Entrance

The Whirling Dervishes, also known as ‘Sufi Whirling’ or ‘Semazen’, perform the most mystical dance in the world. The dance; in other words, a meditation or cultural show was created and developed with the inspiration of Mevlana Celaleddin Rumi (1207 - 1273).

Music is an instrument that helps meditation and the sky has visible and invisible aspects. When you go see this cultural show; first, the Mesnevi poem is read, then they pray, and dhikr is performed along with instrumental music. The ritual takes place in Hodjapasha Dance Theater, one of the must-see tourist attractions in Turkey. It is also free to enter for Istanbul Tourist Pass holders.

Before watching the cultural show Whirling Dervishes, everyone should have some general knowledge about this great philosopher, and the origins of Sufism: Mevlana Celaleddin Rumi. During his lifetime, Mevlana exhibited a Sufi understanding based on divine love, blended with music, sema, and poetry. He never aimed at establishing a sect, his mystical understanding and life, which he put forward in his lifetime. But the Mevlevi order, which would be established by those who came after him, was structured within the framework of the principles revealed by Mevlana and became a sect. Mevlana’s famous 7 advice are as follows:

Why Are They Whirling?

Whirling Dervishes’ basic condition of existence is to whirl and reach higher spiritual levels. Since everything in this cultural show has a different meaning and beauty, Hodjapasha Dance Theater is one of the best places to visit in İstanbul. In this special show, from the shape of the area called Semahane, to the colors of the garments, the Whirling Dervishes possess; all of them represent a symbol.

For example, Semahane is a circular area and it symbolizes the universe. Red is the color of 'vuslat', the color of meeting Allah. Mevlana Celaleddin Rumi met Allah as the sun was setting. As it is known, the sky turns red both at sunset and at sunrise. As for the dress of the Whirling Dervish;

When the Whirling Dervish starts the sema, he takes off his cardigan and takes a step towards a spiritual cleansing. The standing of the Whirling Dervishes with crossed arms expresses the oneness of Allah. It is as if he embraces the universe with all his heart as he turns from right to left by spreading his arms to both sides. With his right hand facing the sky, he distributes what he receives from God to the people with his left hand facing the earth. In this cultural show, the disappearance of Whirling Dervishes in the belief of Allah is also emphasized.

A Closer Look At The Whirling Dervishes

They are whirling, but they do not get dizzy, how come? Here is the scientific explanation: There are three semicircular canals in the inner ear, and the three channels are equidistant from each other. Whirling Dervishes tilt their heads 20-25 degrees to the right while performing whirling. Thanks to this tilting the three channels are stimulated equally and dizziness is not experienced.

Whirling Dervishes whirl on their left foot after tilting their heads to the right. During the whirling, their eyes are half-open, and they look at the thumb of their left hand, which replaces the horizon line. The axis of rotation of the whirling dervish passes through the head, heart, and left leg.

If the left foot is rotated on a single axis around the heart and head axis, dizziness will be minimized. In addition, semazens prevent the drowsiness that occurs in their heads by making dhikr during the sema. Whirling Dervishes never close their eyes, they keep them slightly open to see their surroundings.

The Importance of Hodjapasha Dance Theater

Hodjapasha Dance Theater is actually a double hammam, a Turkish bath, built-in 1470 by Hodja Sinan Pasha, the teacher and vizier of Fatih Sultan Mehmet. It was used as a bath until 1988. Hodjapasha Bath, which is a large structure with high domes, was built of cut stone with brick beams. It has neat lines and corner squinches in the shape of a peacock tail.  Today, the place is called Hodjapasha Cultural Center, which is located inside the historical Hodjapasha Bath in Sirkeci, which is used as a bazaar today. If you wonder about other tourist attractions around Hodjapasha Dance Theater, one of them is The Grand Bazaar. 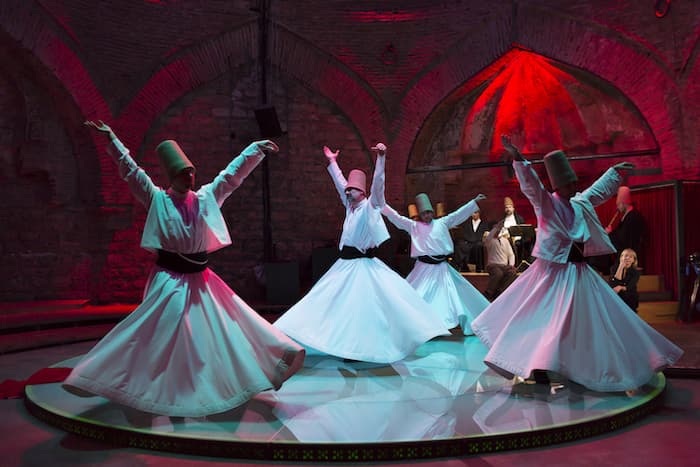 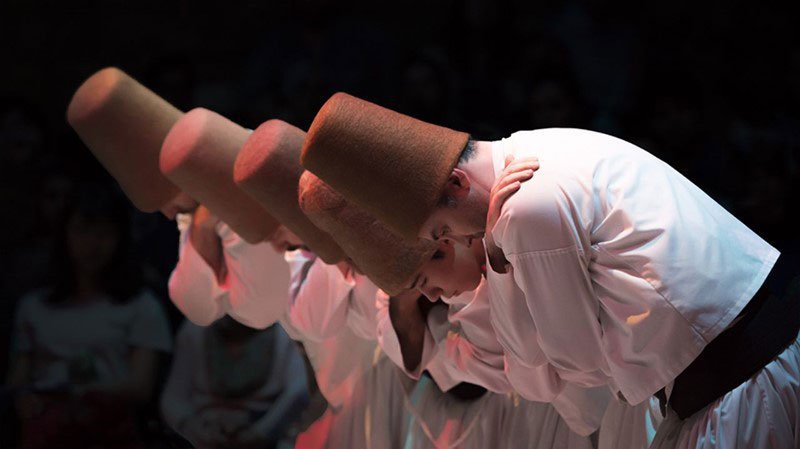 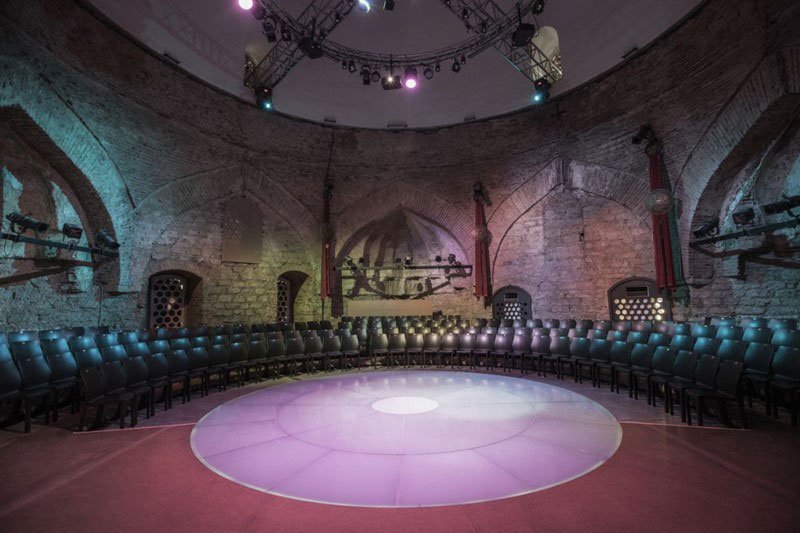 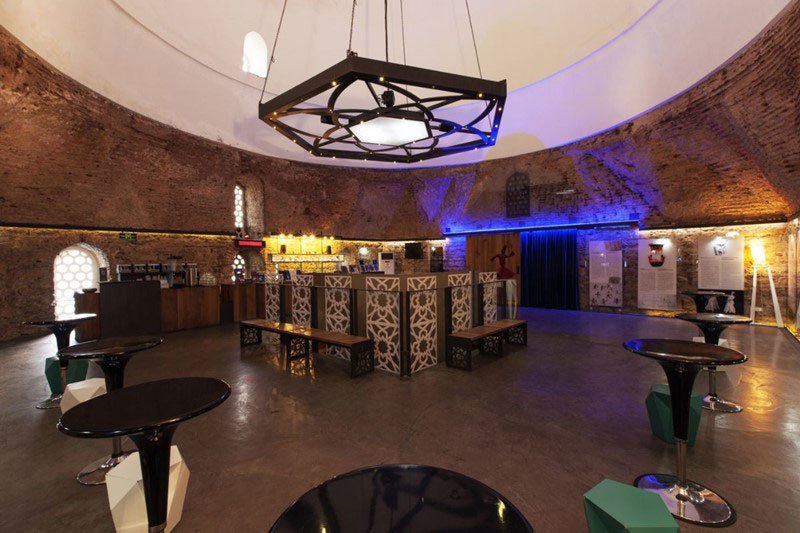 Why Should I Experience the Whirling Dervishes Cultural Show?

It is one of the unique Turkish cultural shows that you can’t find anywhere else in the world.

When Can I Make A Reservation to See the Whirling Dervishes?

You can buy your Istanbul Tourist Pass today and reserve your place to Whirling Dervishes Cultural Show online right away.

On Which Days Can I Watch the Whirling Dervishes Show?

Can I Visit Without a Reservation?

Last-minute reservations are acceptable, subject to availability, but we recommend that you make your reservation the day before you hope to attend to make sure you dont bump into any difficulties in the entrance

How Can I Go to This Attraction?

Take the T1 tram line to Sirkeci station. Walk up Ankara Street and take the first street on the left, Hocapaşa Hamamı Sk. The show takes place at the Hodjapasha Dance Theatre.

Why Do Whirling Dervishes Not Get Dizzy?

Their movements during the “sema”, their wearings and their inner peace prevent them from getting dizzy. The angle they spin will not make them ill, so don’T worry!

What is A Whirling Dervish and Why is it Called That?

Mevlevis are called whirling dervishes, because they perform a special religional act of “dhikr”. This way, they become closer to god. Dervish is the usual name for any performer of this religious act.