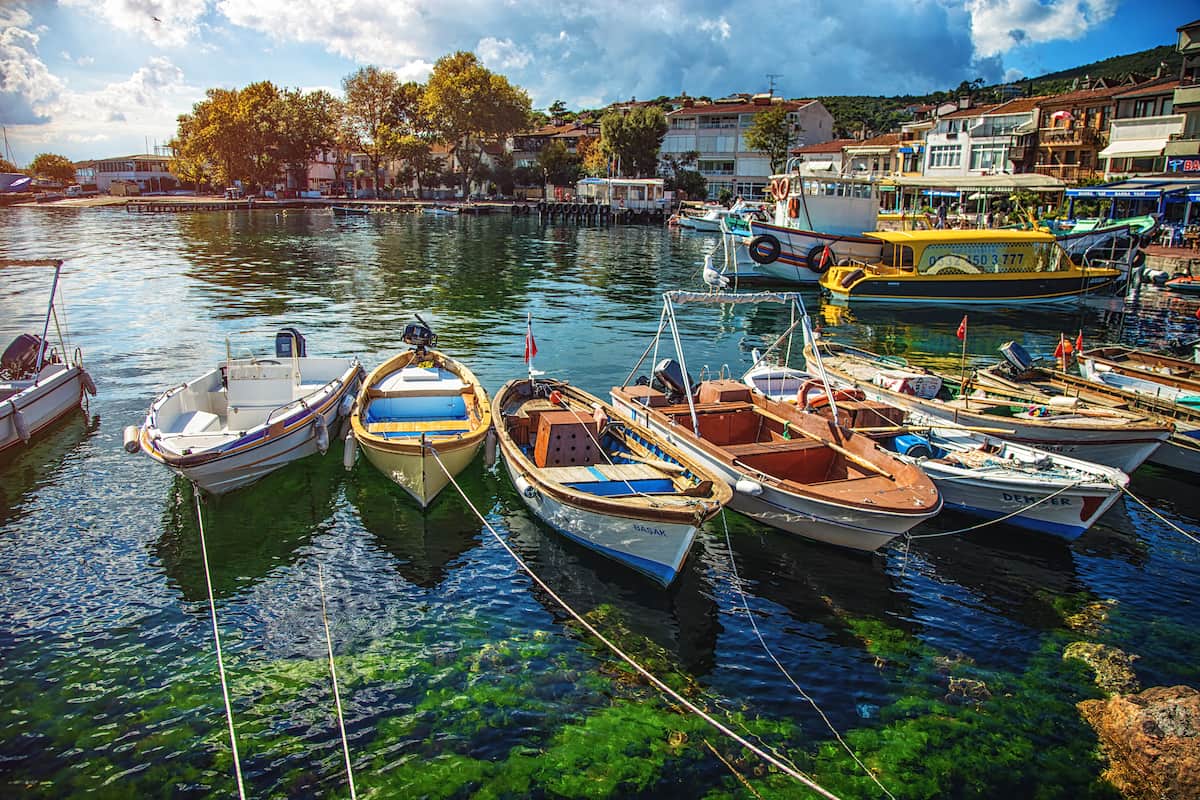 Here Is Why You Should Spend A Day in Büyükada

Unlike many tourist attractions that will have you stopping by for a couple of hours,

Büyükada might take one day of your time to explore, enjoy, and be fascinated by its beauty.
We know that it’s a huge amount of time if you’re only here for a few days, but we promise
that it'll be worth it.

If you already spent a hectic day in İstanbul rushing from Dolmabahçe Palace to
Grandbazaar and buying a few shawls for your friends back in your hometown, you most
probably have realized that it’s a chaotic city alongside historical and cultural wealth.
Therefore it’s only natural that you might get overwhelmed and need to take a break while
still being able to enjoy your time here. That’s when a one-day Büyükada tour steps in.

After waking up to a bright and sunny day, you can take the ferry from Kabataş port at 9:30
am at the earliest to Büyükada; the voyage will take approximately an hour. The island is
worth visiting every season of the year, even when it’s raining cats and dogs; however,
nothing beats a joy ride in warm weather. Once you disembark the ferry, you’ll realize that
there are enough options to enjoy a full day, most probably will want to walk around, and
discover what’s on the coastline. You can rent a bike, or get on those mini electric busses to
take a quick tour. We should remind you that horse-pulled carriages are no longer available,
they’re banned by Istanbul Municipality.

Say you decided to walk and stretch your legs after an hour of sitting. As you march
downtown by the coast, you’ll get a sight of old buildings, mansions and villas that still have
their local residents, and are very different from what you have witnessed in the city. You’ll
also notice that it’s a small island; although it’s the largest one among the others, it has a
population of only 7,499 residents, along with many, many fat cats.

The local food, as you would expect, mostly consists of fish and different types of Turkish
kebab. Still it’s possible to find a little portion from the world cuisine per your wish. If you’re
planning on having a festive Turkish Raki night (better known as lion’s milk), with a group of
friends, you might want to visit Palya Restaurant or Büyükada Loc’Ada with a view

After you finish your tour by the seaside, it’s time to dive into the history of this splendid
place. To give you a quick heads-up, here is how the islands are named after: The largest of
the islands off the Asian coast of İstanbul, Büyükada, like the other eight islands, served as
the place of exile where princes and royals were sent during Byzantine reign. When the
Ottomans took over in 1453, the purpose of the islands remained the same. That’s where
the name “Princes’ Islands” comes from.

The island is home to many historical places of worship and we can confidently say that the
Monastery of St. George Koudounas is the most known. The tradition says that the
monastery was founded in 963, while Patriarchate records suggest it was built in 1751.

Located on a hill called Yüce Tepe that is 202 meters high, this historical structure willbrequire you to walk a long path paved with cobblestones, and it takes almost a kilometerfrom a spot where you can reach via electric vehicles.

Yes, it’s a long path but we promis that the view from the monastery is beyond spectacular.

Fast forward to Europe's second, the world’s biggest wooden building, The Greek
Orphanage. This is another historical structure that you shouldn’t miss out on. The wooden
building was first meant to be a hotel with a casino when it was built in 1898, but things took
a turn and Sultan Abdül Hamit II of the Ottoman Empire back then didn’t like the idea. As you
can tell by the way he was the ruler of the empire, that plan was canceled.

A Greek lady, Eleni Zarifi, bought the building and donated it to the Ecumenical Patriarchate
as an orphanage; however, the orphanage closed in 1964, and it has fallen into decay since.

Among many historical figures, Büyükada once welcomed famous Russian Marxist
revolutionary Lev David Bronstein, who’s also known as Léon Trotsky, though it was not
exactly a pleasurable visit for him. Expelled from the Soviet Union, Trotsky lived a secluded
life for four years in Büyükada with his wife and son between 1929 and 1933. During his
seclusion in Yanaros mansion, he wrote his book History of the Russian Revolution which
was eventually published in Russia in 1997.

On the very last day in Büyükada, he penned (a rough translation of) these words in his
notebook: “It’s been four years. I have this strange feeling that I’ve been taking root in here.”

If you like to visit the city’s first contemporary museum, you’re at the right place. The
Museum of Princes’ Islands will tell you the story of the Islands from scratch to today with
thousands of documents, digital photographs, hundreds of documentary films, archival
records of public institutions of the Islands and more. It’s not as dazzling as The Museum of
Illusions at İstiklal, nevertheless, it’s a big collection waiting for you out there!

After you’re done with your historical trip, it’s finally time to go back unless you are
fascinated by this tranquil spot and decide to stay the night. The last ferry departs at 6:20 pm
from Büyükada to Kabataş stop. If you’re staying, then we recommend spending your night
at the ancient Hotel Splendid Palace that’s more than a hundred years old.

It’s best to visit Bütükada during summer or spring. Though every season has its beauty, the
restaurants, tours and activities are limited. Also, due to its climate, İstanbul is windy and
rainy during winter.

How can I go to Büyükada?

You can take the ferry from Kabataş, Eminönü, and Beşiktaş from the European coast. From
the Asian side, you can embark at the Bostancı stop.

Can I come back from Büyükada to İstanbul midday?

Yes, you can find more information about the timetable here (p. 18).

Can I swim in Büyükada?

Yes, Büyükada has various beaches where you can swim, the water is clean.

Can I take a trip on a horse-carriage?

No, it has been banned by the municipality this year. You can rent a bike or take an electric
vehicle instead.