Looking for a fun activity for the whole family?

Looking for a fun activity for the whole family? The Legoland Discovery Center in Istanbul is the answer! There's a lot to see and do there, including the Lego 4D theatre, the Legoland factory, Miniland, and other attractions. You can build anything you want with LEGO® bricks and figures. Whatever you create, whether it's palaces, fortresses, fortifications, or houses, you'll have as much fun as your kids!

Instant confirmation -  No reservation is required.

You will have just as much fun building as your kids!

You can build anything you can imagine and you want to build with LEGO® bricks.

Have fun in legoland and feel like a child!

Looking for a fun activity for the whole family? Legoland Discovery Centre in Istanbul is your answer! There are lots of things to do there including the Lego 4D cinema, Legoland factory, Miniland, and more.

You can build anything you can imagine with LEGO® bricks and figures. Palaces, fortresses, walls, houses - whatever it is, you will have just as much fun building as your kids!

No reservation is required. Just go to the theme park and present your digital Pass.

Children (aged 14 and under) need to be accompanied by a responsible adult to be able to enter.

This attraction is wheelchair accessible.

Children under 5 do not require a Pass because it will be cheaper for you to pay the individual admission fees for them at each site than to buy a Pass. We recommend that you check the admission costs and policies of any attractions you will be visiting for children under 5.

Please make sure to not bring your own food other than for babies or children with allergies.

Most of today’s adults remember those colorful toy blocks that they played with and created new worlds with as a child. Lego is a type of toy manufactured by the Denmark-based company the Lego Group since 1949.

It consists of building parts of various colors, which you can easily interlock with each other through the recesses and protrusions on them. The story of Lego began in the workshop of Ole Kirk Christiansen, a carpenter in Billund, Denmark. Ole Kirk was making wooden toys, piggy banks, cars, and trucks in 1932. In 1934, he named his brand Lego.

Legoland Discovery Centre is one of the most unusual places to visit in Istanbul. You can see many structures that have become a historical symbol of Istanbul in Legoland in miniature. You can also go to the 4D cinema, or play various fun games in the center. This special place is supreme for individuals who want to spend quality time with their children in the city since it is designed specifically for them.

In Legoland Discovery Centre, you can have family fun while seeing the Lego-made versions of Istanbul's most popular tourist attractions. Legoland caters to domestic and foreign visitors of all ages with its concept that combines gaming, creativity, and knowledge.

With Istanbul Tourist Pass, you can enjoy visiting this fun place without paying an admission fee. If you look for another place to enjoy yourself with your children, you can also add Istanbul Toy Museum to your Istanbul travel itinerary.

What the Legoland Discovery Centre Includes

Legoland Discovery Centre is a place that contains many different themed events. Thanks to these themes, you can spend a long period of time without getting bored by doing various activities in the same venue.

During your visit, you can watch four different movies in different sessions in the 4D cinema, which is one of the favorite areas of both adults and children at Legoland.

Legoland Discovery Centre provides visitors with a toy called Merlin's Apprentice, which will be especially fun for children. With this toy, you can try to take to the sky by pedaling and become eligible to be Merlin's apprentice.

Another exciting game in the Legoland Discovery Centre is the Kingdom Adventure Laser Game, which you can join with the whole family. In this game, you can save the princess if you complete the challenging but enjoyable tasks assigned to you.

Legoland Discovery Centre also includes Lego games that push and reveal the creativity of its visitors. With the Lego Racers game, visitors can first make Lego toys according to their wishes and then race these toys on unique tracks.

Duplo bricks get their name because they are twice the size of standard Lego bricks. In Duplo Town, the youngest Lego fans will interact and learn how to play with Duplo bricks and sizeable soft play bricks. 0-3 years old guests will develop their imaginations here. Since these legos are bigger than the usual size, they are safe for younger kids.

A construction specialist is developing all the structures made of lego that you see at the Legoland Discovery Centre. With the Master Builder Academy, you can observe and learn how these structures are designed and built.

Perhaps the most interesting and popular point of Legoland is Miniland. This area is becoming a focal point, especially for tourists, because the buildings related to Istanbul are modeled with lego and exhibited in miniature versions. Undoubtedly, Miniland transforms this place into one of the most visited tourist attractions in Istanbul.

One of the essential features of Istanbul is its historical monuments and structures belonging to different cultures and civilizations from Istanbul's many periods.

Galata Tower, Hagia Sophia, Blue Mosque, and the Bosphorus Bridge, which are the symbols of Istanbul, are modeled with legos by experts and exhibited on Miniland. These miniature lego works of famous tourist attractions draw attention by making visitors feel huge. They usually consist of about one million legos. 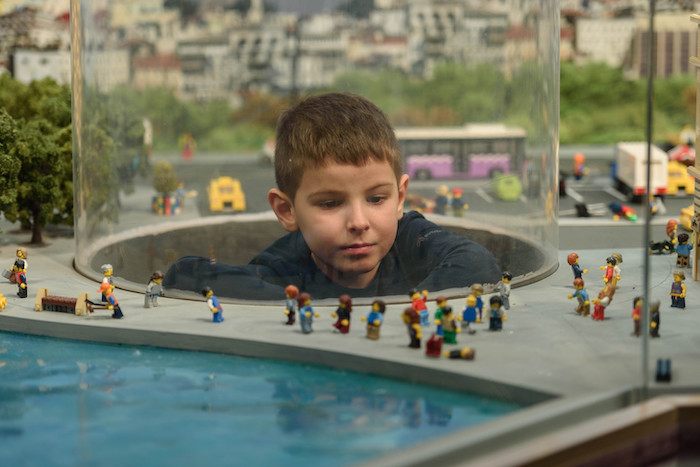 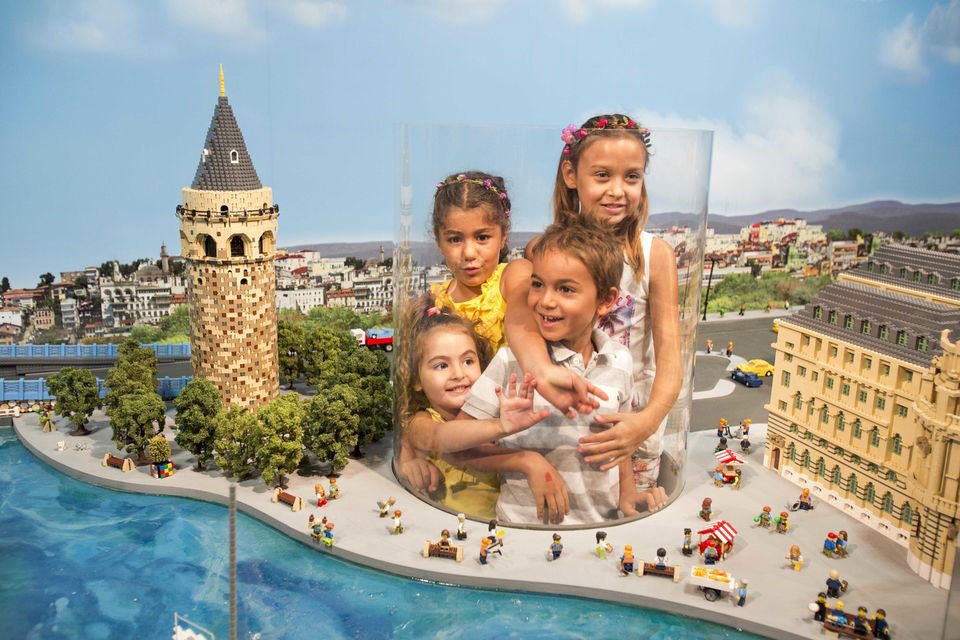 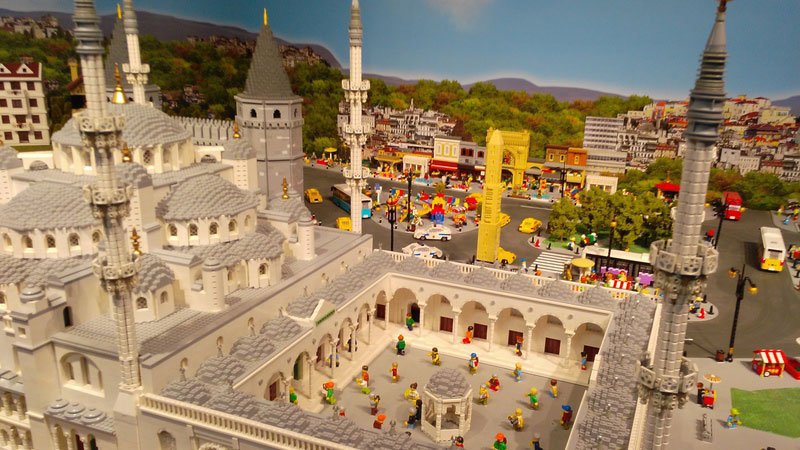 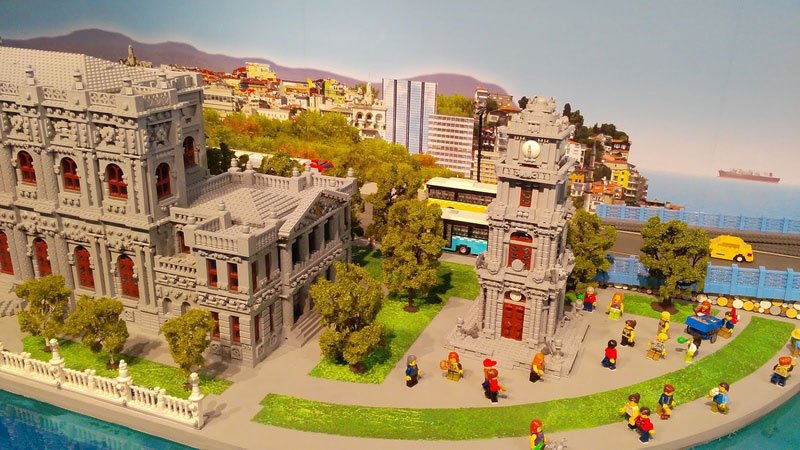 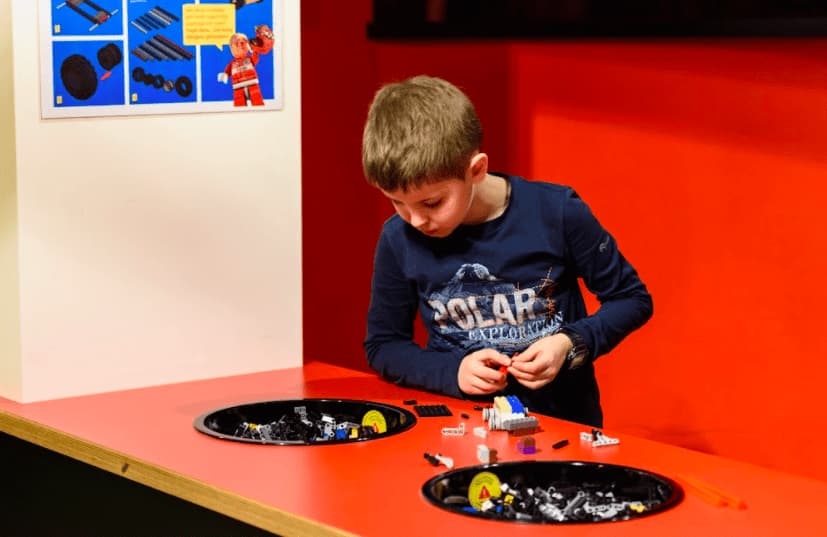 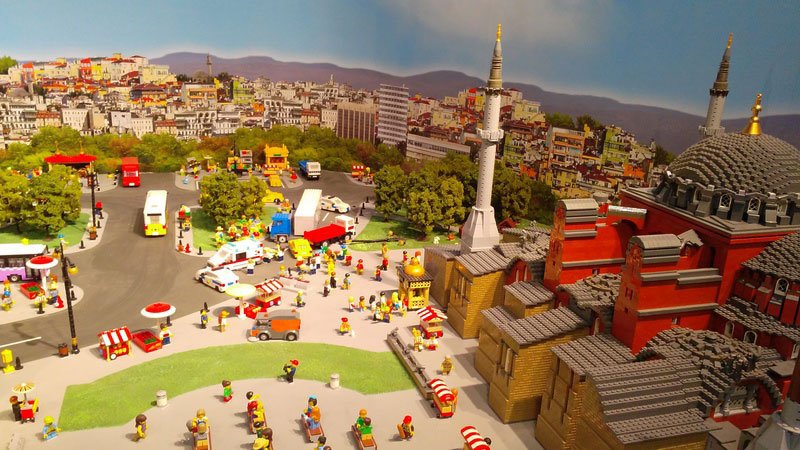 Why Should I Experience the Legoland Discovery Centre Istanbul?

If you are interested in legos and eager to have extraordinary experiences with your children, you should give a chance to Legoland Discovery Centre Istanbul.

Legoland Discovery Centre Istanbul is open to visitors every weekday between 10:00 am and 20:00 pm, and last admissions are accepted at 18:00 pm.

Are There Any Age Restrictions for Legoland Discovery Centre?

Legoland can't accept adults without a child with them as it is a child-focused amusement. At the same time, childrens must always be accompanied by an adult and supervised. Adults are classified as 18 years or older, and children are 17 years and younger

Do I need to Book In Advance for Legoland Istanbul?

No. All you have to do is show your Istanbul Tourist Pass at the entrance. You can visit whenever you want.

As long as they have their kids with them, they can. They cannot enter alone, however.

How to Get to Legoland Istanbul?

Use the metro lines M1A or M1B to Kocatepe Station. Exit at the Forum Istanbul Mall.