Discover one of Istanbul's most fascinating tourist destinations!

Pierre Loti is one of the best places to visit in Istanbul. Julien Viaud, a French writer, is honoured with the hill's name. After moving to Istanbul, the author began writing his novels in a coffee shop. He later changed his name, and this hill carries his name.

With its charming and one-of-a-kind ambience, this location will enchant you. Pierre Loti is a fascinating tourist attraction in Istanbul. It's also one of the greatest spots to go if you want to get a good view of the Golden Horn and historical buildings from a high vantage point above the city. Additionally, there are many restaurants which serve delicious dishes. After your meal, you can smoke your hookah while enjoying the amazing view. All of this is within reach with the Istanbul Tourist Pass.

About The Pierre Loti (Sky Tram)

Instant confirmation - You need to make a reservation in advance.

Amazing view of Golden Horn from the sky!

Pierre Loti is one of the best places to visit in Istanbul!

You can learn the history of this beautiful and pastoral place amid a buzzing city!

Drop-off is in the Sultanahmet area, not a hotel

Meals and drinks not included

Pierre Loti, which is one of the hills of Istanbul with a fascinating view of the Golden Horn, dates back to the 18th century. This hill is one of the must-see tourist attractions as it is also one of the best places to visit in Istanbul. You can benefit from the Istanbul travel guide; therefore, you can learn the history of this beautiful and pastoral place amid a buzzing city.

With Istanbul Tourist Pass, you will have the chance to arrive this amazing place by a sky tram and witness the amazing view of Golden Horn from the sky!

You will visit this place during a half-day tour with pickup service from your hotel.

After collecting the tourists from different hotels, the shuttle will be in the central meeting point of all shuttles. From there, the vehicle will be changed and tour starts around 9:45 AM

This place is included in a half-day tour with pickup service from your hotel.

Also this tour is combined with Miniaturk and Eyup Sultan Mosque.

This is a Half-Day tour combined with Miniaturk And Eyup Sultan Mosque.

Pickup is available only from hotels in Sultanahmet, Eminönü, Sirkeci, Laleli, Beyoğlu, Beşiktaş and Şişli areas.

Since there are other passengers in the group Pick-Up proccess could be take 1 hour or more depending on hotels location.

This tour needs reservation in advance.

Drop off is in Sultanahmet, not in your hotel.

Drinks and Meals are not included

All About Pierre Loti (Sky Tram)

Pierre Loti is one of the best places to visit in Istanbul. Located in Eyüp, one of the most eye-catching districts of Istanbul, the hill is named after a French writer, Julien Viaud. The writer settled in Istanbul in 1876 and used to come to a coffee house and write his novels there. Later, he changed his name, and this hill then began to be called after him. This place will fascinate you with its romantic and unique atmosphere. In addition to the scenery, there are restaurants where you can find delicious dishes. If you wish, you can drink your coffee and smoke your hookah after the meal while watching the view. Pierre Loti is one of the most captivating tourist attractions in Istanbul. It is also one of the best places to visit if you want to see a fabulous Golden Horn view and historical places from a high hill looking over the city. You can also get details on the Istanbul travel itinerary that the Istanbul Tourist Pass website offers you so to learn more about other attractions around Pierre Loti.

Pierre Loti, which is one of the hills of Istanbul with a fascinating view of the Golden Horn, dates back to the 18th century. This hill is one of the must-see tourist attractions as it is also one of the best places to visit in Istanbul. You can benefit from the Istanbul travel itinerary, therefore, you can learn the history of this beautiful and pastoral place amid a buzzing city. Also, you can check the Istanbul Tourist Pass website to discover other popular tourist attractions in İstanbul.

Who is Pierre Loti?

Louis Marie Julien Viaud, a.k.a. Pierre Loti, born in Rochefort, France, was a naval officer and a well-known writer. He lived in Eyüp when he was in Istanbul and had always described himself as a Turcophile. A Turcophile is someone who loves Turks even though he/she is not of Turkish origin.

Pierre Loti, who had been to Istanbul many times, came to Istanbul for the first time in 1876 as a commissioned officer on a French ship. Loti was influenced by the Ottoman lifestyle and mentioned this in many of his works. Here, he met the woman who gave her name to his novel Aziyadé. He wrote Aziyadé in a coffee house called “Rabia Kadın Kahvesi” in Pierre Loti. You can learn more on him and the tourist attractions of the hill from the free Istanbul travel guidebook of Istanbul Tourist Pass.

Pierre Loti always defended the Turks against Europe in the Balkan Wars, the First World War, and the later invasion of Anatolia. He won the sympathy of the Turkish people by supporting the resistance in Anatolia during the National Struggle and harshly criticizing his own country.

So much so that, on October 4, 1921, the Turkish Grand National Assembly sent a letter to Pierre Loti expressing gratitude. In addition, he was accepted as an "Honorary Citizen of the City of Istanbul" in 1920. Later, a coffeehouse in Eyüp was called "Pierre Loti Coffeehouse." Today, the hill where this coffeehouse sits is also known as Pierre Loti Hill. You can discover Eyüp and Pierre Loti, among the best places to visit in Istanbul, with an Istanbul travel guide and Istanbul Tourist Pass.

What are the other historical places in Pierre Loti?

Pierre Loti has different tourist attractions such as İdris-i Bitlisi Sibyan Mektebi, Fountain of Rayet Keşan Kalfa, The Sepulcher of Mevlevi Iskender Dede, and The Wishing Well. The first place is an educational institution of the Ottoman Empire which was established in all cities and towns. The institute’s name came from an important Ottoman historian İdris-i Bitlisi who was a military judge in the period of Yavuz Sultan Selim. The Fountain of Rayet Keşan Kalfa dates back to 1868. Its name came from one of the bondwomen of Sultan Abdulaziz because she rebuilt it.

The Sepulcher was the tomb of a Mevlevi named İskender Dede, who died in 1589. There are two wells in front of the tomb of İskender Dede, which was once located in this garden, adorned with giant cypress trees. One of them is the famous wishing well. After visiting these historical tourist attractions, you can sit in Pierre Loti's coffeehouse and enjoy the Golden Horn. You can visit those places with an Istanbul travel guide via Istanbul Tourist Pass. These are among the best places to visit in Istanbul. 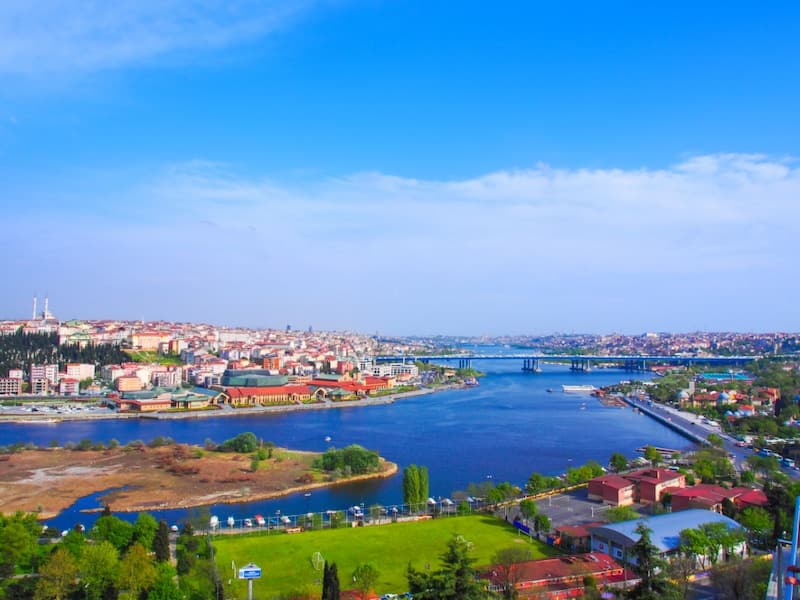 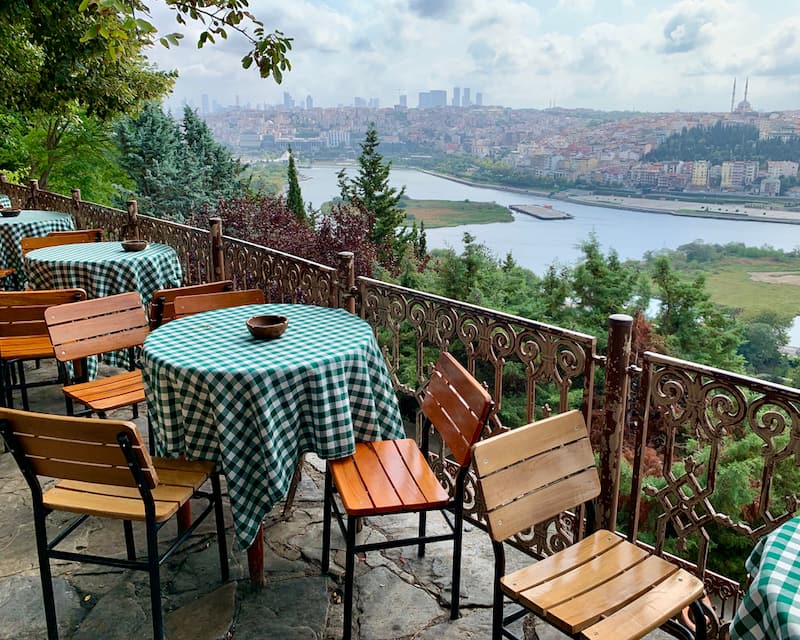 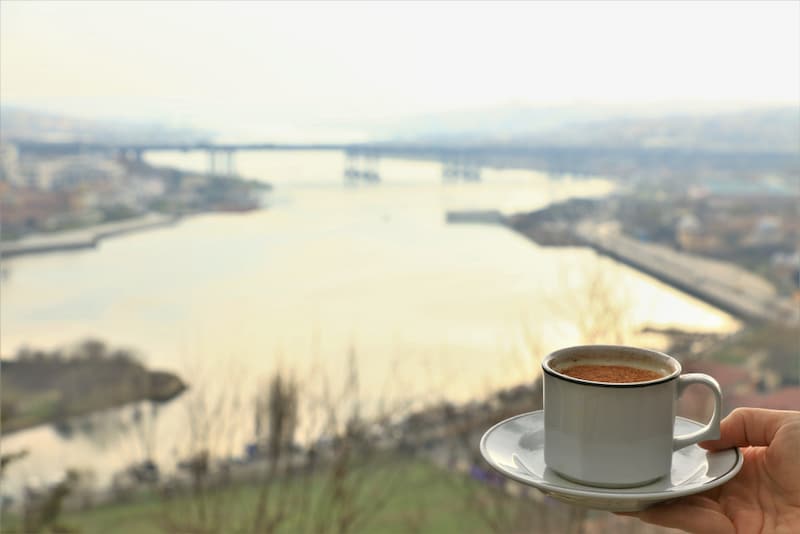 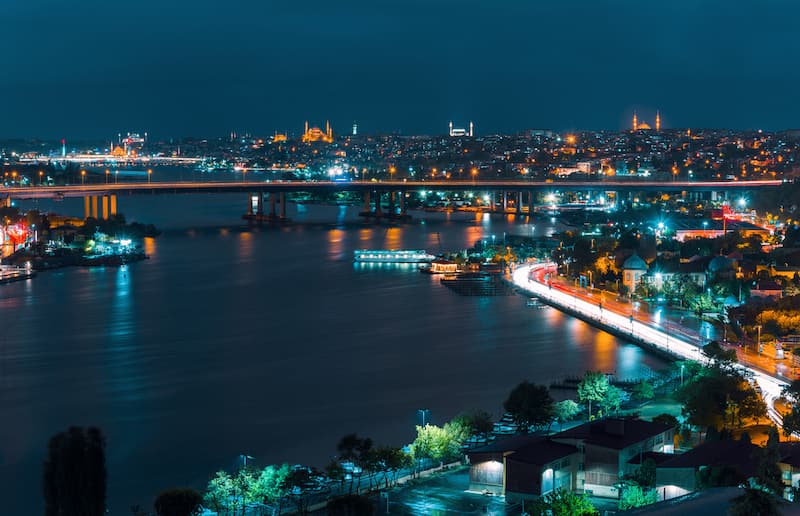 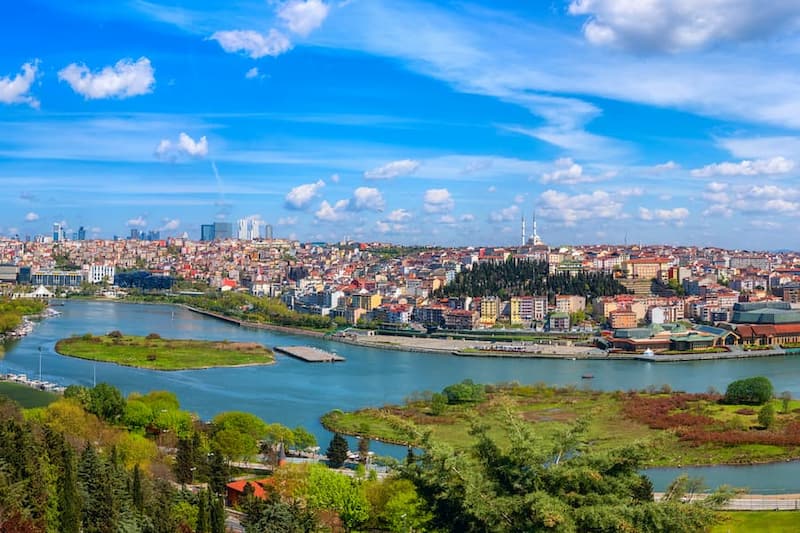 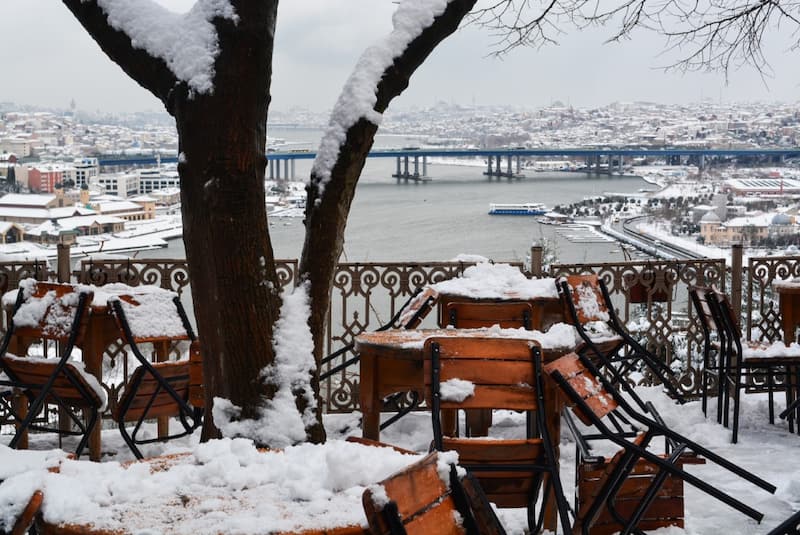 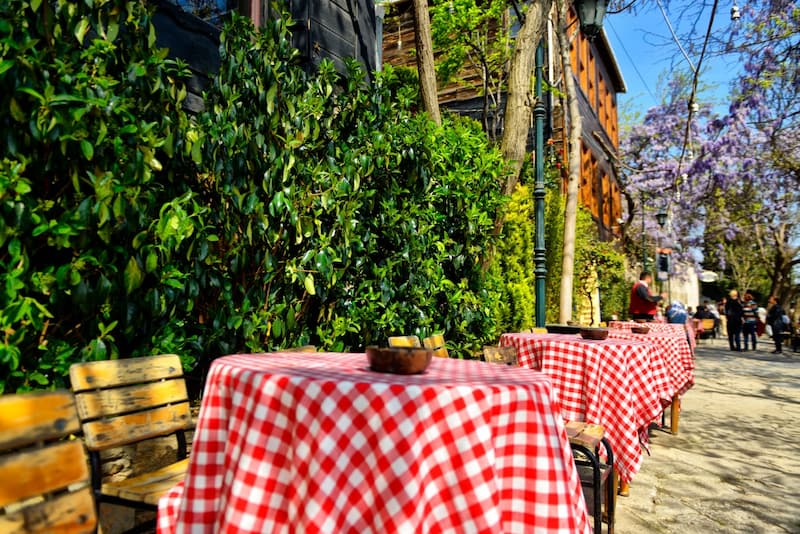 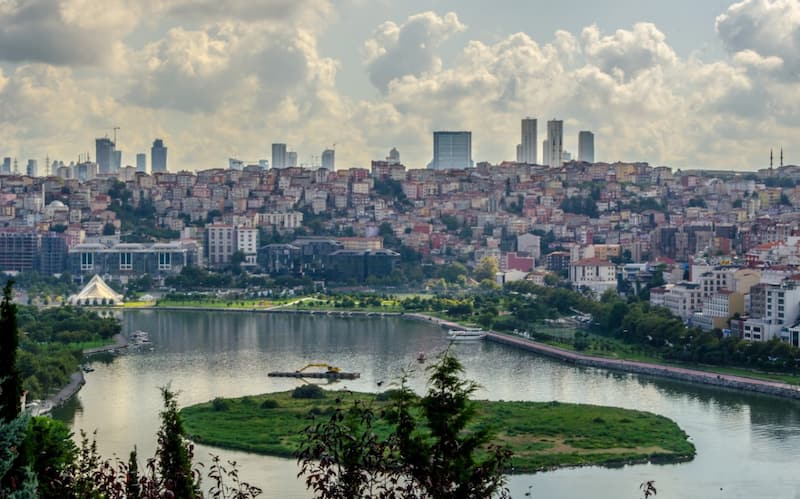 When And What Time Should I Come to Pierre Loti?

You can come to the hill in any season. It may get a bit hot in the summer. We do not recommend that you come at noon. In winter it gets very cold so you can avoid this by arriving a little earlier. The ideal seasons are spring and autumn.

How Can I Organize a Trip to Pierre Loti?

You need to make reservation in advance and you will visit this place during a half-day tour with pickup service from your hotel.

Is Pierre Loti worth it?

Yes, definitely if you are around the area and have time, it is worth it to see the amazing Golden Horn and Bosphorus view from Pierre Loti Hill.