Are you ready to explore the Ancient Orient Museum to Open the Door to Ancient History?

One of Istanbul Archeological Museums' three primary units is the Museum of the Ancient Orient. The other units are close to the Istanbul Archeological Museum and the Tiled Kiosk. The museum houses artifacts and cuneiform writings from pre-Islamic Arabian, Egyptian, Mesopotamian, Anatolian, and Urartian civilizations, including the Stele of the Akkadian King Naramsi, the Treaty of Kadesh, the Ishtar Gate, and the Tablet Archives, which house 75,000 cuneiform texts.

About The Guided Museum of the Ancient Orient Tour (Unavailable)

Discover the four amazing main exhibition sections in The Museum of the Ancient Orient: Mesopotamia, Egypt, Anatolia and Arabia

Also, take the opportunity to see the first love poem written in the world!

Opportunity to walk around this historic structure!

Entry to Museum of the Ancient Orient

The Museum of the Ancient Orient

In the Museum of the Ancient Orient, there are exhibitions of unique collections of artworks belonging to the pre-Ionian eras of Anatolia and Mesopotamia, and the pre-Islamic eras of Egypt and the Arabian Peninsula. Most of these artifacts were unearthed in archaeological excavations that started at the end of the 19th century and lasted until the First World War. They were brought to Istanbul, the capital of the Ottoman Empire of the era, which was the ruler of these aforementioned countries at the time.

The exhibitions in the museum are pre-Islamic Arabian, Egyptian, Mesopotamian, Anatolian, and Urartian Artifacts and cuneiform documents such as the Stele of the Akkadian King Naramsi, the Treaty of Kadesh, the Ishtar Gate, and the Tablet Archives which contains 75,000 cuneiform documents.

Guided Museum of the Ancient Orient Tour (Unavailable) Free With

All About Guided Museum of the Ancient Orient Tour (Unavailable)

The History of the Museum’s Building

The building itself is a unique historical structure. It was built by Osman Hamdi Bey in 1883 as Sanayi-i Nefise Mektebi, better known as the Academy of Fine Arts. This academy, which would form the foundations of Mimar Sinan Fine Arts University in the future, is the first fine arts school opened in the Ottoman Empire.

The architect of the building was Alexander Vallaury, who would later build the Classical Building of the Istanbul Archaeological Museums. In 1917, after the academy was moved to another building in Cağaloğlu, this building was allocated to the Directorate of Museums. Halil Edhem Bey, the head of the Directorate of Museums, thought that it would be more appropriate to exhibit the works of ancient cultures of the Near East countries separately from the Greek, Roman, and Byzantine works, and he arranged the building as the Museum of the Ancient Orient.

Four Main Exhibition Sections in The Museum of the Ancient Orient

The First Love Poem of the History

There is a cuneiform tablet numbered “Istanbul #2461” in the Cuneiform Documents Archive of the Museum of Ancient Orient. The tablet was found in 1889 in the ancient Sumerian city of Nippur, located in the southeast of present-day Iraq.

It was deciphered by the American Assyrian and Sumerologist Samuel Noah Kramer, who came to Istanbul in 1951 and started working on the Sumerian tablets. It was translated into Turkish by Muazzez İlmiye Çığ. It soon became clear that on this cuneiform tablet, the world's oldest love poem was written. Its authenticity is confirmed by Guinness World Records. 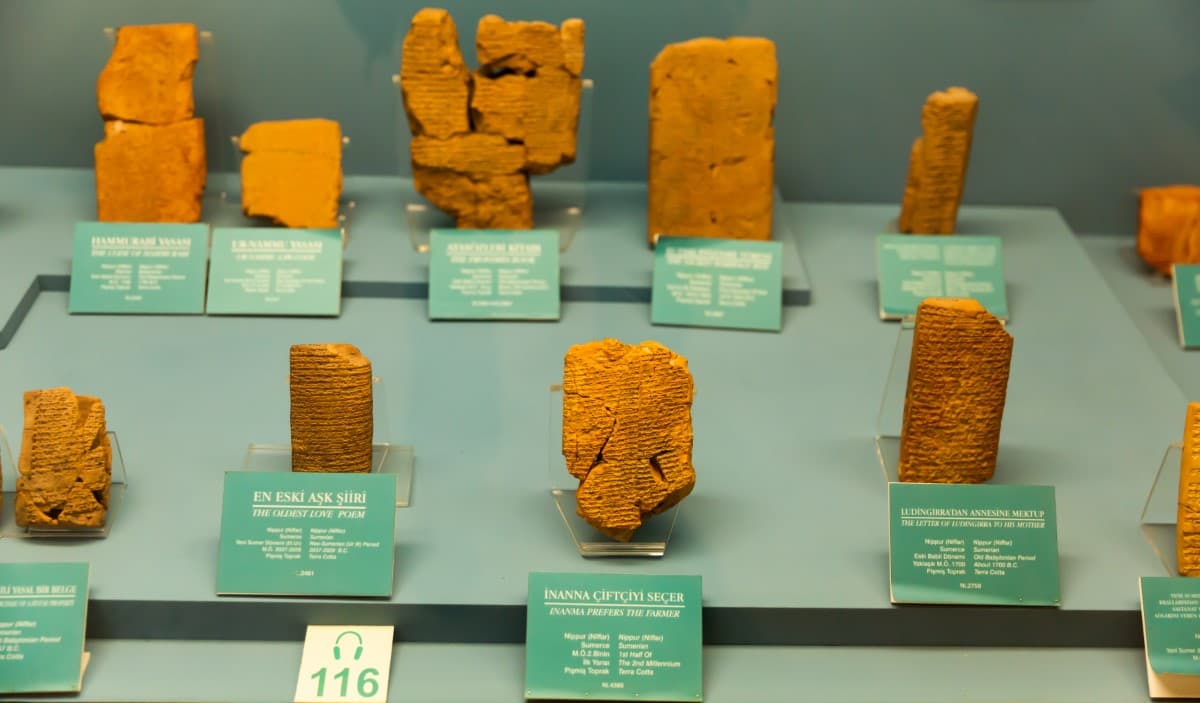 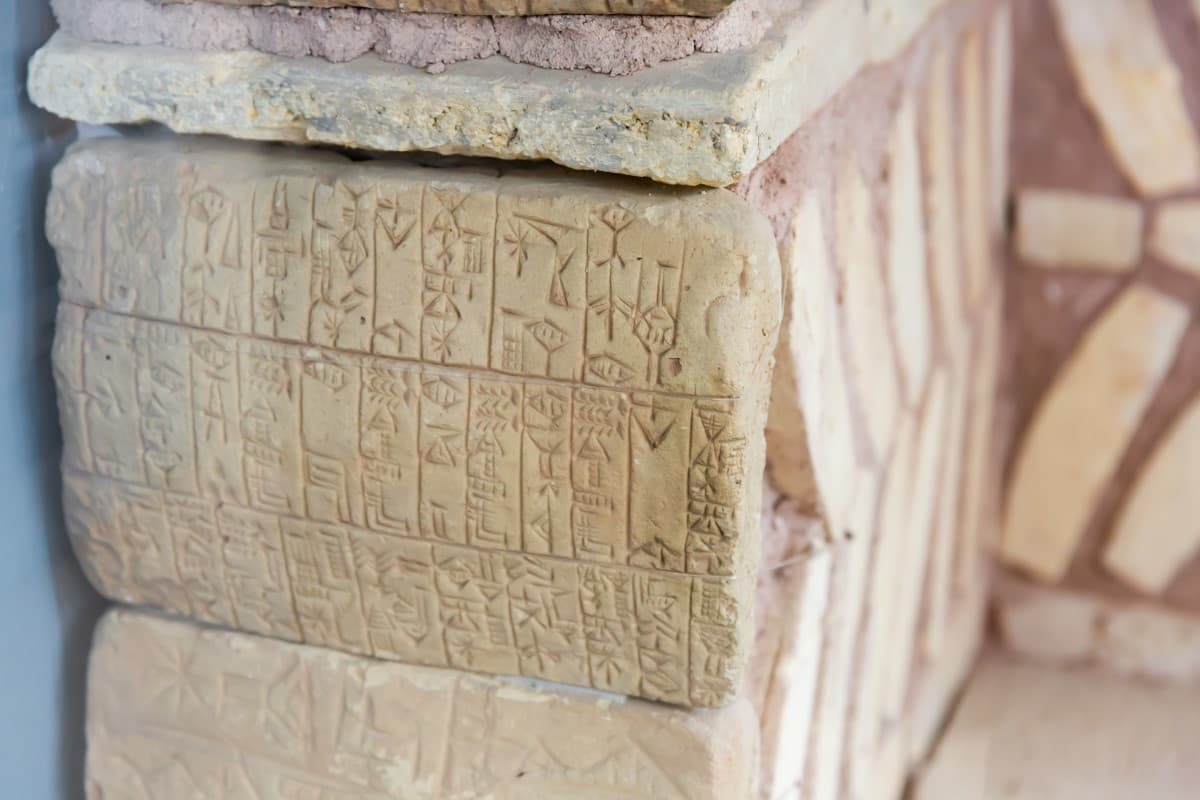 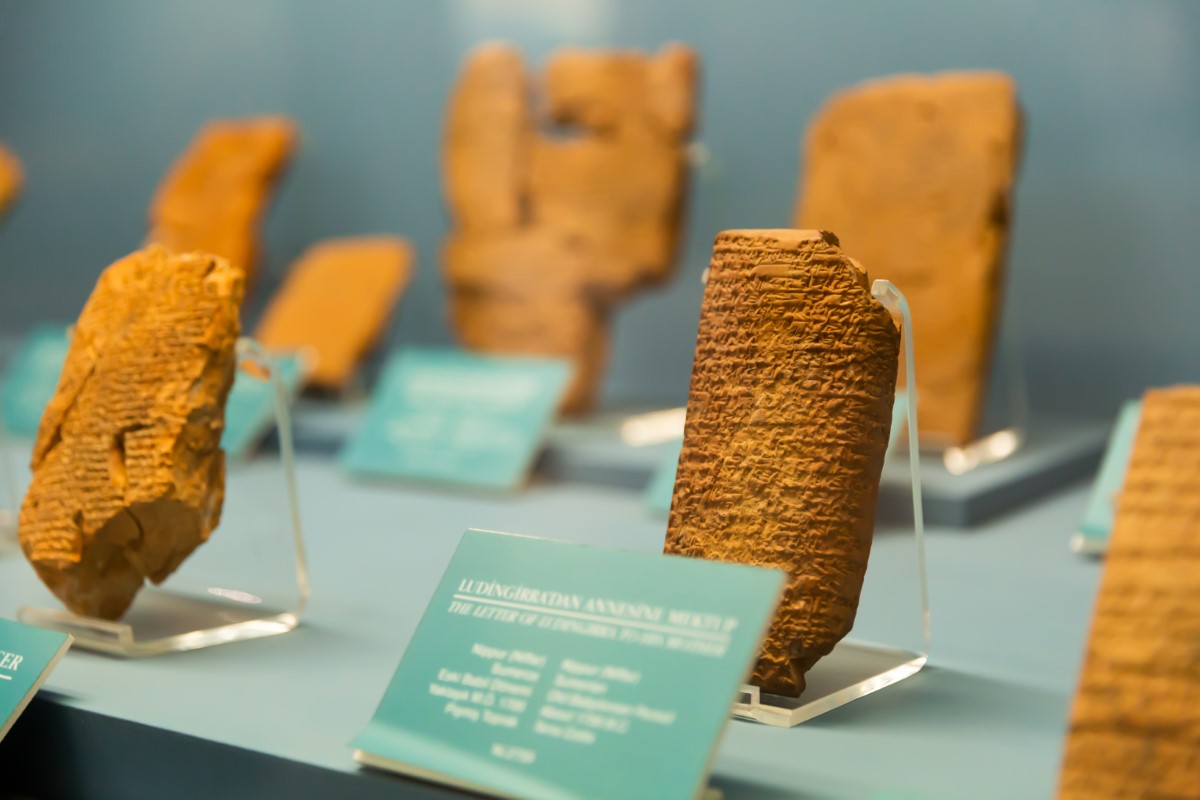 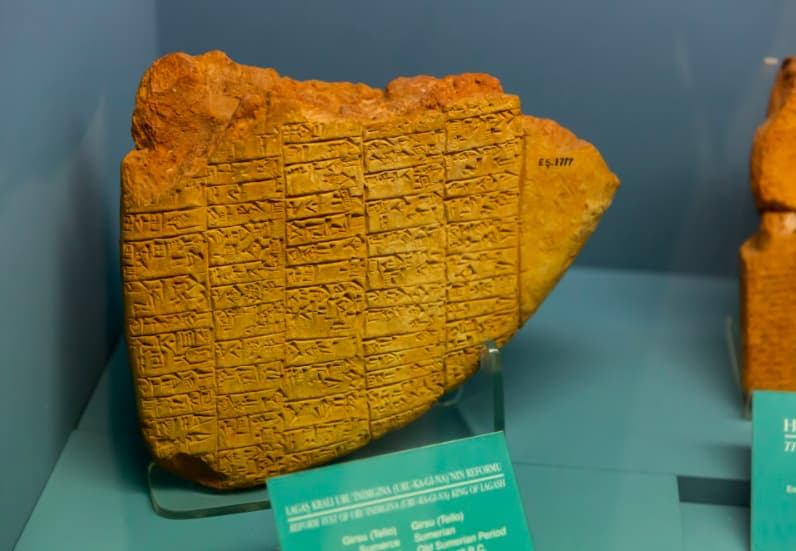 Why Should I Visit the Museum of the Ancient Orient?

The Museum of the Ancient Orient is one of the richest archeology museums in the world and it is worth your time to see all the exhibitions from many civilizations and cultures.

Can I Get in Museum of the Ancient Orient with Istanbul Tourist Pass?

Yes, Generate "Museum Pass" code from your pass account and Scan your QR code in order to get inside the Museum.