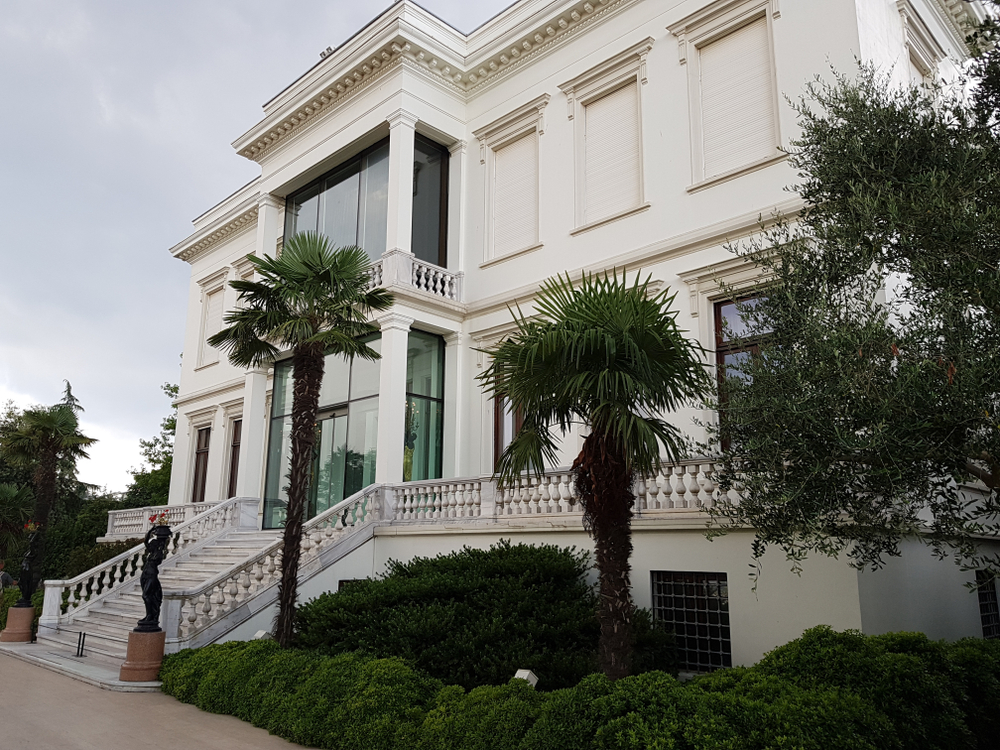 Istanbul, the largest city in Turkey, is also the most visited tourist destination. In 2014, it even surpassed Rome and Milan as the ideal city. While its historical past is undoubtedly a big draw for many tourists, they are also willing to experience the wide range of activities one of which is the city museum.

From history to art, from the bizarre to the absurd, you can see it all in Istanbul. Explore its military past or everyday life. Learn about the former rulers of this great city or the humble person whose legacy is unknown. Hundreds of museums are open to the public every day, so for those with limited time, we've listed the best museums to visit in Istanbul. Here is a short guide to the top museums in Istanbul:

The Istanbul Archaeological Museum is one of the first three archeology museums in the world, with over one million artifacts from various cultures. It is the oldest building built as a museum in Turkey. It was established as the Imperial Museum at the end of the 19th century by the painter and museologist Osman Hamdi Bey and opened its door to visitors on 13 June 1891. The Istanbul Archaeological Museum consists actually of three separate museums: the main Archaeological Museum, the Museum of the Ancient Orient, and the Tiled Pavilion Museum. It is home to over a million objects which represent almost all eras and civilizations in world history.

In the main museum, you will find on the first floor one of the largest collections in the world of pieces from Antiquity such as pottery, terracotta statuettes, as well as an impressive collection of coins, medals, badges, and a library of 70,000 books. In the lower room, you will be able to see frescoes, tombs, sarcophagi, and in particular that of Alexander the Great, this sarcophagus dating from the 4th century BC is actually not that of Alexander the Great, but it bears that name because it is adorned with sculptures of a battle scene in which Alexander the Great is depicted. The best-known pieces are the sarcophagus of Tabnit, that of Lycian, and that of the mourners. You will also be able to admire very beautiful sculptures, including in particular the epheb of Tabnit and the bust of Alexander.

The Museum of the Ancient Orient has a large collection of artifacts inherited from the civilizations of Anatolia, Mesopotamia, Assyria, Babylon, and Egypt. It houses, among other things, the Treaty of Kadesh concluded between the Hittites and the Egyptians in 1269 BC. as well as the pretty bas-reliefs of the Ishtar Gate from Babylon. The enamel pavilion museum, or ceramic museum, hosts an immense number of ceramics.

The Turkish and Islamic Arts Museum is located inside the Ibrahim Pasha Palace, located near the ancient hippodrome in the historic Sultanahmet district. Ibrahim Pasha was the grand vizier of Suleiman the Magnificent who offered the palace as a thank-offering for the thirteen years spent in his service.

The museum offers an extensive collection of over 40,000 pieces of Islamic art ranging from the 8th to the 19th century. An important section of the museum is devoted to carpets, you will find some dating from the Seljuk period, made in Anatolia between the 15th and the 17th century as well as several looms. Explanations are given on the manufacture of rugs, in particular on the plants used for coloring. In the calligraphy and illuminated manuscripts section, Qurans brought back from various regions of the Ottoman Empire are displayed. The ethnographic section is very interesting because it presents the reconstruction of the ways of life of Turkish tribes of the 19th century. Finally, the museum preserves many wooden and metal objects as well as mosaics, glassware, and earthenware.

Sakıp Sabancı Museum is a private fine arts museum in Istanbul located in a beautiful park in Emirgan on the Bosphorus. The museum is dedicated to calligraphic art, religious and state documents, you will also find paintings from the Ottoman period. It was founded by Sakıp Sabancı (successful businessman and great philanthropist) and was inaugurated in June 2002. In addition to the permanent exhibitions, the museum also hosts national and foreign temporary exhibitions and organizes cultural events during the weekends. Recently, the museum has gained worldwide attention by exhibiting the works of Pablo Picasso and Auguste Rodin. In addition, the museum restaurant is very pleasant, you will find very good international cuisine.

With Istanbul Tourist Pass which is the one & only sightseeing pass with free Access to 85+ attractions & services, you will have access to these magnificent museums for free. Plus, with an amazing skip-the-line guided tour which is free of extra charge, you will learn and explore the best possible way!  Get your Pass now and start to discover Istanbul!