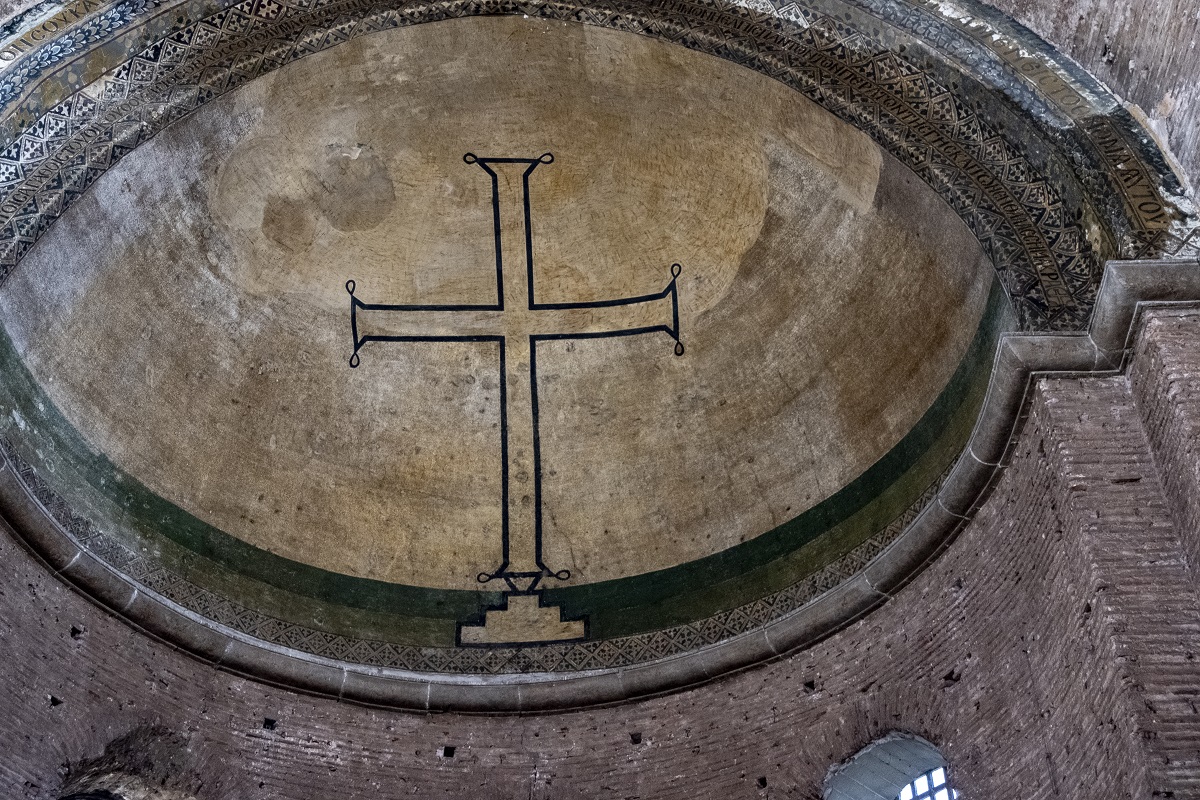 It was built at the beginning of the 4th century during the reign of the Roman Emperor Constantine (324-337). He had the Hagia Irene Church built. The meaning of Hagia Irene is "Holy Peace"; but also it was the name of a saint who lived in the same century.

Hagia Irene, located within the same courtyard wall with Hagia Sophia, was burned together with Sampson Zenon during the Nika riots in 532. Emperor Justinian rebuilt Hagia Irene. Although the construction started in 532, the end date is not known exactly.

After the conquest of Istanbul, it was included in the grounds of Topkapı Palace. The structure of the church has not been changed significantly since it was not converted into a mosque after its conquest. Many years later it was used as a warehouse and armory and museum projects in Turkey in the first place. In the period of III. Ahmet, various objects were brought to the church from all over the empire and were exhibited in two separate sections. Similarly, the church served as a military museum from 1908 to 1949.

It is a young woman named Penelope. Her name was given to Hagia Irene Church. According to legend, when Constantine the Great rebuilt the city by making it the capital, he came to Constantinople like many Romans.

Penelope, a devout Christian, endeavors to introduce the Roman people to the Prophet Jesus. However, the pagan Romans who refuse to do this, torture the woman in order to deny the Virgin Mary and to be subject to Paganism. First, they throw her into a well full of snakes, but the snakes do not catch her during the night. Then they stone the woman by accusing her of witchcraft. Finally, they tie her to the horses and drag her for hours. When Penelope is not harmed by any of them, the Romans pay allegiance to her.

As a result, Emperor Constantine declared the young lady a saint and named St Hagia Irene, which means "Holy Peace", and built the Hagia Irene Church in her honor.

The Importance of Hagia Irene Today

Hagia Irene Church has many features besides its rich historical past. Perhaps the most important of these is that it is one of the central points of faith tourism for Christians. Cultural activities and exhibitions are held in the church. Moreover, today Hagia Irene serves mainly as a concert hall for classical music concerts in Istanbul due to its outstanding acoustic performance. Many concerts of the Istanbul International Music Festival have been held here in summer since 1980.

Definitely! Thanks to the digital Istanbul Tourist Pass, you do not have to contact anyone. The number of visitors is limited. Moreover, social distance is maintained in museums and it is mandatory to wear a mask during the visit.

In addition to being digital, the Pass offers you many advantages such as guided tours and 80% savings. You get free access to more than 75+ top attractions such as Hagia Irene. For more information about The Pass and attractions spots, you can visit the site of Istanbul Tourist Pass.