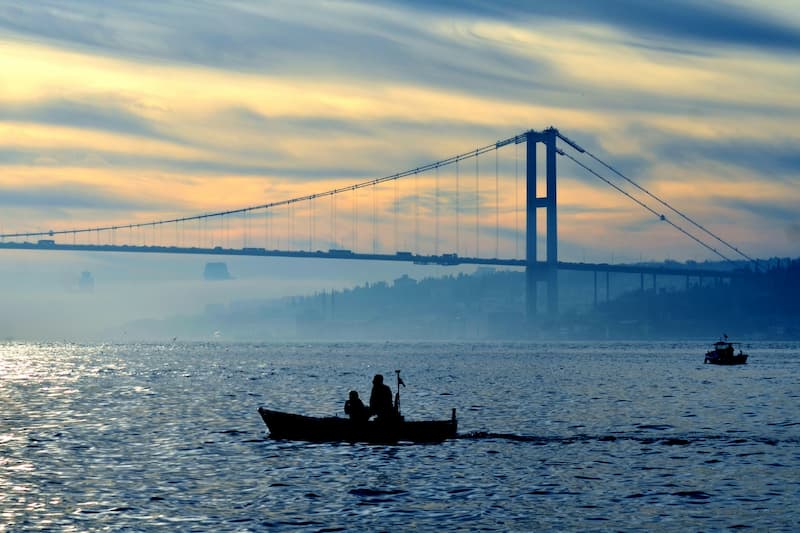 Istanbul's civilization goes back thousands of years, and the city will supply you with the old cultural soul you need. Historic sites, urban sites, and museums can be found in all four corners of Istanbul. It is the focal point for the fusion between Anatolian and European culture: if we go back in time, we can find several historical sites in Istanbul that are still operational today. Let's take a look back at some of Istanbul's tourist attractions, as well as some of the lesser-known ones.

One of Istanbul's oldest buildings is the Galata Tower, or Galata Kulesi in Turkish. It is located in the Beyoglu neighborhood. The 63-meter-tall (206-foot-tall) tower has a panoramic view of the historic district. It was built in the 14th century by the Genoese colony as part of a defensive wall that enclosed their district at Galata, which was directly across the river from ancient Constantinopolis. "Christea Turris," or "Christ Tower," was the name of the tower. The tower was used to keep an eye on the Golden Horn Harbor, where the Genoese traded with the Byzantines. Since Mehmet II conquered Constantinople, it was used to track flames.

After the Republic, Galata Tower was restored and reopened to the public in 1967. There is a cafeteria on top of the tower, as well as a nightclub that was dismantled after the last renovation in 2013. A pair of elevators will take you up, but to reach the panoramic terrace, which is 52 meters above ground level, you'll need to climb three more floors by stairs. A tiny souvenir shop is located inside the tower, across from the ticket office on the entrance level. In Istanbul, you can even eat grilled fish near Galata Tower!

The Athenian general Alcibiades built Kizkulesi on a rocky outcropping at the mouth of the Bosphorus in the 5th century BC to keep an eye on the waterway. The tower was converted into a checkpoint and customs area for moving ships after a chain was dragged from the ground to it. After several restorations in wood and stone, Emperor Alexius Comnenos built a strong defensive tower called Arcla, which means "Small Tower," in the 12th century AD. The tower was used as a lighthouse and control tower during the Ottoman occupation of Constantinople. After a three-million-dollar renovation, the final reconstruction was finished in 1998, and the restaurant opened in 1999.

Kizkulesi is now a well-known and luxurious cafeteria-bar and restaurant. Particularly at night, it offers panoramic views of the Bosphorus and the old city. Shuttle boats travel from the European side's Kabatas neighborhood and the Asian side's Salacak neighborhood to the tower at various times. It's also a popular tourist destination in Istanbul. The tower is closed on Mondays.

Established between 1863 and 1965, Beylerbeyi is a palace with a view of the Bosphorus. Beylerbeyi is a unique place where culture and historical figures coexist with the present. It is a majestic 19th-century landmark that fascinates with its mansions and impresses with its set gardens.

Beylerbeyi Palace and its environs have hosted numerous structures since the Byzantine Period. After a fire, Sultan Abdülaziz had the house destroyed and rebuilt in order to strengthen it. The castle, along with its additional structures occupying a combined area of 3000 square meters, took on its present appearance between 1863 and 1965.

The sea pavilions, the historical tunnel connecting Üsküdar and Beylerbeyi, the Yellow Pavilion, Marble Pavilion, and the Barn Stables are all worth visiting. When visiting Istanbul, it's difficult to leave without seeing Beylerbeyi Palace.

We, as well as the museums, take precautions very seriously. Istanbul is a low-risk travel destination in contrast to other countries, and travel experts take safety measures very seriously. Social distance is maintained during museum visits, and masks are required at all times. The number of guests is limited at any given time. In addition, since the Istanbul Tourist Pass is fully wireless, there is less chance of transmission when registering or visiting Istanbul's museums and palaces, such as Hagia Sophia and Topkapi Palace.