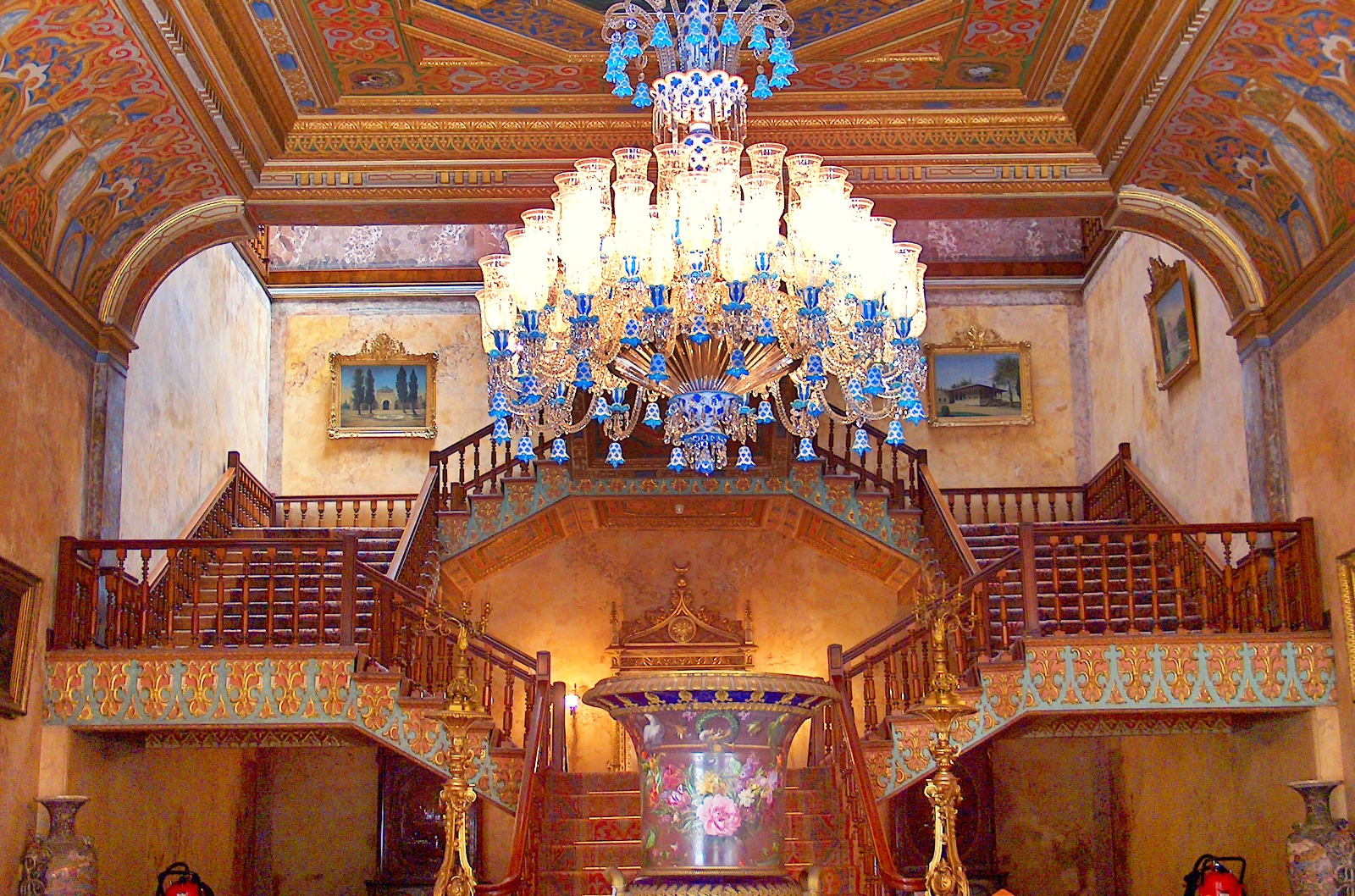 The Gem of the Anatolian Shore: Beylerbeyi Palace

One of the very few Ottoman imperial palaces in the Istanbul’s Asian side, Beylerbeyi Palace still draws thousands of visitors every month to its beautiful gardens and luxurious design. Though it is less known than some other more famous Ottoman palaces, it is no less worthy of your attention, so be sure to stop by this marvelous Ottoman monument during your Istanbul tour. If you are planning to do so, here is everything you should know about this place.

The first palace on the area was built by Sultan Mahmud II in the year of 1829, but this wooden palace experienced a fire in 1851 while Sultan Abdul Mecid was inside the palace. Though it wasn’t completely destroyed, the next emperor, Sultan Abdul Aziz, thought that there was a need for a sturdier palace in this area, so he took down the previous wooden palace and built the Beylerbeyi Palace (which means “Lord of the Lords”) between the years 1863 - 1865 we know today. It was designed by the Armenian architect Sarkis Balyan.

Beylerbeyi Palace Istanbul was mainly used for hosting foreign guests, but many sultans also stayed here during summer months. Important foreign statesmen were often impressed with the palace’s beautiful gardens, pool and sculpture collection. It also witnessed a couple of significant historical events during the late Ottoman era. Sultan Abdul Hamid II was held here after he was dethroned in 1909 shortly after the Young Turk Revolution. He also passed away here.

Sultan Mehmed Resad V, the emperor after the Sultan Abdul Hamid II, gave a feast on the gardens of this palace to celebrate the parliamentary system.

About the Beylerbeyi Palace

Like all the other Ottoman imperial palaces, Beylerbeyi Palace is certainly one of the most luxurious historical places you can see in Turkey. Both its exterior and interior have amazing levels of detail and the materials used for its construction are rare and expensive.

With its clear influences from neoclassical, baroque and renaissance styles, the palace also shows classic Ottoman architecture. Compared to the other imperial palaces in Istanbul, Beylerbeyi Palace is quite small, but that does not mean it is small overall. It has 24 rooms and 6 halls. Most of the floorings were made from the special mats that were bought from Egypt. There are also many large crystal chandeliers, specially made clocks and Far Eastern porcelain objects that adorn the palace.

The decorations in the ceiling of the palace are one of its most prominent features. As Sultan Abdulaziz was very interested in painting, he personally took part in the creation of these beautiful decorations. He also brought painters from Europe and hired master calligraphists to create these rich ornaments. Abdulfettah Efendi, one of the most famous calligraphists of the era, also worked on the epitaphs that are seen in the palace. You can also see various paintings about the navy and nature on the ceilings.

Outside of the palace, you can walk in some of the most beautiful gardens in Istanbul. Beylerbeyi Palace’s gardens, though smaller than its peers, has many pools, trees and varied plant life. While some gardens were made to be walking and relaxation, some others were used to grow fruits and vegetables. You can also see that special places for birds, rabbits, gazelles and lions were built on in the upper parts of these sets.

Inside the gardens, you can find the other buildings of the palace complex. The first of these is the Deniz (Sea) Kiosks. There are two Deniz Kiosks in the complex: one in the Harem and the other in the Mabeyn part. As you can understand from their name, they are next to Bosphorus. Because their roofs look like tents, they were also called the “Cadir Kiosks”. The one in the Harem part was assigned to Valide Sultan. Mermer (Marble) Kiosk was built for Sultan Mahmud II for hunting, and there are pools and fountains inside. Close to the Mermer Kiosk, the Sari (Yellow) Kiosk is thought to be built for relaxation. It takes its name from the light-yellow color of the stone used on the exterior, and is decorated with ceiling decorations. Both the palace and these outer sections of it look even better from a Bosphorus cruise since they are all next to the shores of Beykoz.

How to Go to the Beylerbeyi Palace

If you are already on the Asian side, you still have many transportation options. From Kadikoy, you can take 14M and 15F coded buses to the Beylerbeyi neighborhood. From the more eastern parts like Kartal, Maltepe and Pendik, use the Kadikoy – Tavsantepe metro to go to the Kadikoy stop and transfer to 14M and 15F like before.

If you enjoy visiting this place, you can get a Dolmabahce Palace ticket too since it is also another significant imperial palace which is also way bigger than the Beylerbeyi Palace.