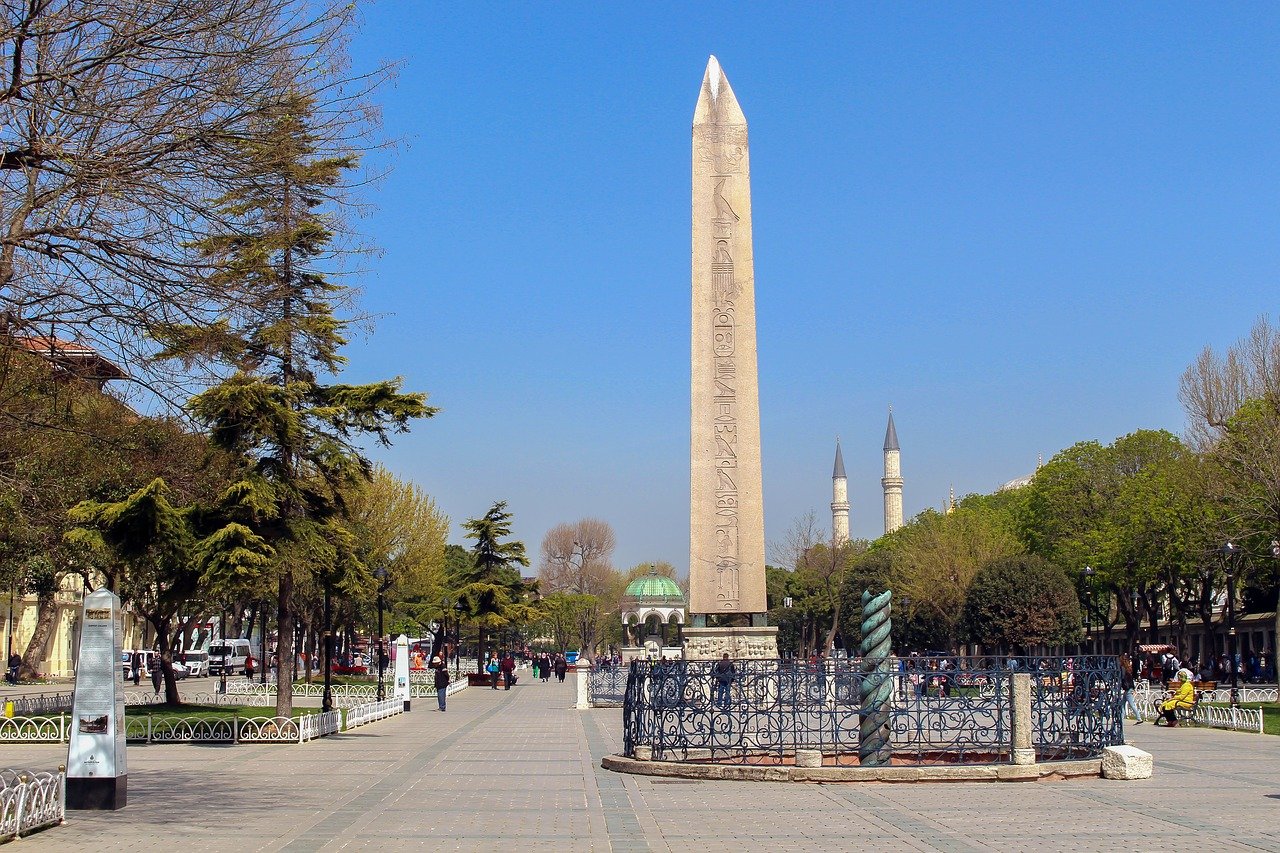 Sultanahmet is the historical and cultural heart of Istanbul. It was named after Ottoman Sultan Ahmed I, the Ottoman Empire's former heartland. The first hill in Istanbul is Sultanahmet. Istanbul is regarded as the "Town of Seven Hills." Since Sultanahmet is less congested than the rest of the capital, it is easy to get around on foot or by tram. With its range of souvenirs, carpets, restaurants and cafes, hotels and guest houses, and finally the popular sights from the three empires such as the Topkapi Castle, Hagia Sophia, the Blue Mosque, the Hippodrome, and the Basilica Cistern, Sultanahmet is a natural draw for millions of tourists in Istanbul.

Sultanahmet Square, also known as the Hippodrome, is one of Istanbul's most well-known tourist attractions and a prominent meeting place, flanked by the famed Blue Mosque, Hagia Sophia Museum, and Museum of Turkish and Islamic Arts. The tourist zone of Sultanahmet is located on the Historical Peninsula, which connects all of Sultanahmet's historical sites. For all Istanbul visitors, it is a well-known destination, and it is normally their first stop on their first day in the capital.

A walk around Sultanahmet Square, taking in the peaceful scenery while admiring Istanbul's most famous monuments, museums, mosques, churches, fountains, and historical places, and then relaxing at one of Istanbul's many restaurants and cafes, is one of the best things to do in Sultanahmet. All of Istanbul's historical sights, including must-see mosques like the Blue Mosque, museums like the famous Topkapi Palace Museum and Hagia Sophia Museum, historical sites, and palaces, are located in the Sultanahmet Square district. Since the city is compact and largely traffic-free, walking is a good way to get around.

In 325, Hagia Sophia, a former church and museum in Istanbul, was named one of the world's greatest structures and accepted as the world's eighth wonder. Hagia Sophia is also one of Istanbul's best attractions.

One of Istanbul's most magnificent mosques and landmarks is the Blue Mosque (Sultanahmet Mosque). In the 17th century, Sultan Ahmet I commissioned Sedefkar Mehmet Aga, the second most influential architect after Mimar Sinan, to build the Blue Mosque (1603-1617).

The breathtaking blue “Iznik tiles” that adorn the interior give it its name. It was the world's first mosque with six minarets, but in 2019, a new mosque named "Camlica Mosque" will be built on Istanbul's Asian side's Camlica Hill.