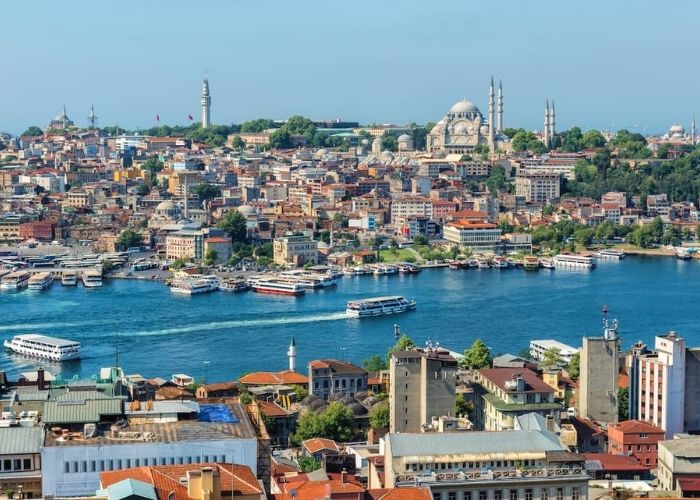 Istanbul is a great city and millions of visitors every year come to this amazing city to witness its historic and natural beauty. In this article, we’ll take a look at some of the most frequently asked questions about Istanbul!

But before we start, here check out other 85+ attractions you can visit for FREE with Istanbul Tourist Pass®, and if you love history, don't forget to book your place for guided tours! Let's start digging into the answers to frequently asked questions about Istanbul.

Is Istanbul a city?

Yes, although it is huge and crowded like a state itself, Istanbul is a city in Turkey. There are various neighborhoods in this huge city and each has its own local municipality, and there is one major municipality Istanbul Metropolitan Municipality (IBB).

Do I Have to Speak Turkish in Istanbul?

In Turkey, English is the most widely spoken foreign language. In all of the major cities, shopping malls, restaurants, and vacation resorts, you should have no trouble finding individuals who can speak English and assist you in getting about.

Also in recent years, Arabic is mostly spoken especially in touristy areas like Beyoglu and Eminonu. So visitors from all around Arabic geography prefer Istanbul for a great holiday.

What is the Dress Code of Istanbul?

Although exposing clothes is not particularly dominant in Istanbul, the Turkish dress sense is largely westernized. Turkey is accepting of various cultures and faiths since it is a secular state. Unless attending a mosque, where scarves are generally available to borrow, female visitors are not required to wear a headscarf.

In summer, women are wearing shorts, mini skirts, or crop tops in central neighborhoods like Besiktas or Kadikoy, but you may go for longer options in clothing in other areas of the city. Men generally wear pants or long shorts. Actually, you can wear what you like in this cosmopolitan city just like in any other western country. It is a good idea to have long skirts or pants for visiting a mosque like the Hagia Sophia, but in case you don’t have those, you can borrow them at the entrance in touristy mosques.

Is Istanbul a Safe City?

Istanbul is a safe city in comparison to most Western nations. Foreigners are seldom victims of serious crime, and few tourists to the city have any difficulties. There are some pickpockets and frauds operating (especially in tourist-heavy locations), so proceed with care. It is always to be careful but don't worry too much because Istanbul is a city that never sleeps just like New York so you won't probably be alone in central areas at night even if you want.

Do I Have to Exchange Money in Istanbul?

Despite the fact that Euros are accepted in certain bigger shops and tourist locations, it is usually preferable to deal with the Turkish Lira. If you convert money in Turkey, the rates are usually always better, and a smart approach is to bring enough local currency for the first day or two, then change the remainder once you arrive. Alternatively, ATM machines may be found throughout the city, and anyone with a credit or debit card should have no trouble getting cash. Here's where you can learn more about the Turkish lira.

What is the Best Way to Visit the City?

How can I travel from Istanbul's European to Asian Side?

There are buses, metrobuses, and dolmus that run between the European and Asian sections of Istanbul, but the boat is the cheapest and most convenient option. Eminönü-Kadıköy and Besiktas-Kabatas are two useful ferry ports.
There is also a metro line called Marmaray which is running under the Bosphorus between two sides of this beautiful city. So there is no reason to visit both sides and join the attractions included in Istanbul Tourist Pass®.

Istanbul is one of the most visited cities in the world. Every year millions of visitors from all around the world come to this beautiful city for different reasons. So, for the people who are curious about this amazing city, we picked some of the most popular questions and answered them for you.

In which country is Istanbul located?

Istanbul is a city in Turkey.

Is Istanbul in Asia Or Europe?

Istanbul covers land both on the European and Asian continents. This is one of the most significant things about this beautiful city.

Where is Istanbul famous for?

Istanbul is a city with a deep and rich history so there are many landmarks to see and discover. From the famous Hagia Sophia to its Bosphorus, there is so much to explore.

Is Istanbul Greek or Turkish?

The name Istanbul is Turkish but the old name of the city back in 14th cc was Greek and it was Constantinople. Today there is a Greek minority living in the city as other many minorities. Istanbul is situated on both sides of the Bosporus Strait, which connects the Black Sea to the Mediterranean Sea via the Sea of Marmara, in northwestern Turkey.

What is Istanbul called in Turkey?

Istanbul is called the same in Turkey. The name is Turkish so it is read as written.

Is Istanbul fully in Europe?

Istanbul covers lands both on European and Asian continents.

Is Istanbul the biggest city in Europe?

Yes, Istanbul is the biggest city in Europe with nearly 21 million of population.

Delivered Directly to Your Hotel