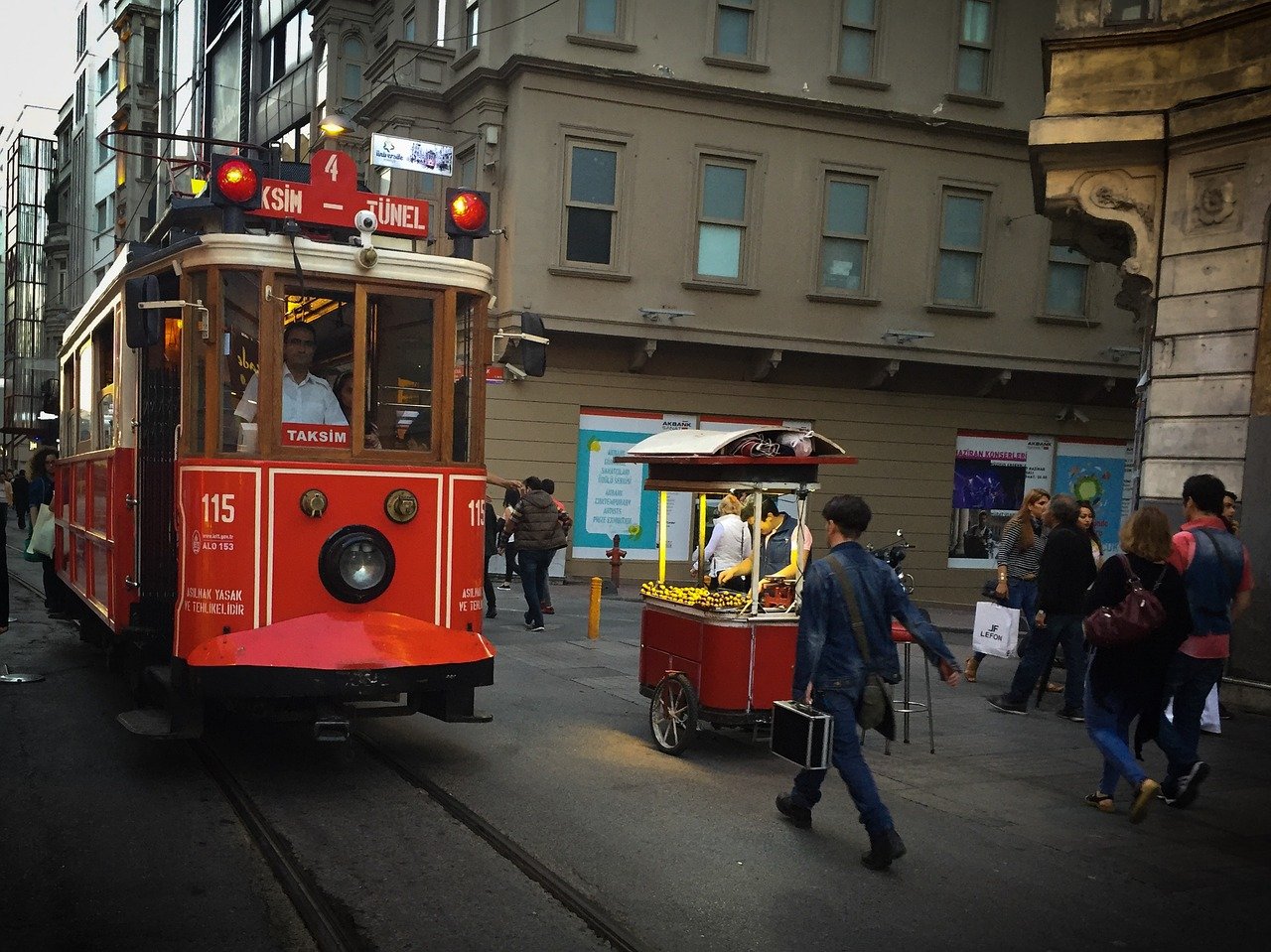 Istanbul is one of the world's most congested cities, with a surface area of over 5,000 km2. Getting around is not always straightforward. Furthermore, the topography of the area makes the construction of public transit difficult (Istanbul, like Rome, was built on seven hills). In order to improve public transportation in Istanbul, the city is currently undergoing a big project. This project primarily entails the expansion of Istanbul's metro system as well as the development of a connection between the two continents. The project's first phase, which opened on October 29, 2013, connected the Asian and European sides of the Bosphorus through a railed tunnel underneath the Bosphorus.

We suggest taking public transportation, especially the tramway in Istanbul, to get to the old town during your visit to Istanbul. Since Istanbul is extremely congested, this will help you to travel easily and affordably while saving time. It is very impossible to drive during peak hours (between 8 and 9:30 a.m. and 5 and 8 p.m.)

You can need IstanbulKart to use all public transit in Istanbul (boats, subways, buses, tramways, and funiculars). It's available at small kiosks near all metro stations, piers, and bus stations. It is both inexpensive and beneficial.

The Historical and Modern Tramway

For modern tramway on the European side of Istanbul, two lines are in operation: the T1 line from Kabataş, which provides convenient access to Sultanahmet, where you will find best landmarks in Istanbul such as Topkapi Palace, and the T4 line, which runs north-west of the capital. It is open from 6 a.m. to 11 p.m. Istanbul's tram system is spotless and air-conditioned. The T1 line will take you to all of the city's major attractions. We strongly advise you to use it because it is the cheapest, fastest, and most convenient way to get to the old town.

As the historical tramway, They resemble trams from an old novel, and there are two lines in operation: one on the European side (NT), which runs down Istiklal Street from Taksim Square to Tünel, and another on the Asian side (T3), which runs from Kadıköy to the Moda neighborhood.

These are shared taxis that run 24 hours a day, seven days a week. It is convenient, cost-effective, and commonly used in Turkey. They follow a set route and stop when they are finished (8 passengers). You can stop anywhere you want along the way. The payment procedure is simple: once seated, tell the driver your destination, and he will tell you the amount. Give him the money (only cash is accepted). Beşiktaş – Taksim; Taksim – Bakrköy, Yeşilköy; Saryer – Beşiktaş and Kadıköy; and Üsküdar from Asia are the main dolmuş row. From Beşiktaş and Taksim, there are also lines linking Europe and Asia. You can travel Istanbul easily with dolmuş.

They make it possible to travel from Europe to Asia. Istanbul people use public boats/ferries – “vapur” in Turkish – every day to escape regular traffic congestion on the two major Bosphorus bridges, similar to how they use the metro. Taking the ferry would allow you to appreciate the city's size, and it is also a cost-effective way to see the city from the sea. Eminönü, Kabataş, Karaköy, and Besiktaş are the main piers on the European side, while Üsküdar and Kadıköy are the main piers on the Asian side of Istanbul.

Besides these transportation methods, you can of course travel with the good and old bus and metrobuses.

The Istanbul Tourist Pass is needed whether you are a first-time traveler or returning to the amazing city of culture. The Pass gives you access to more than 75 attractions while still saving you money! With the Istanbul Tourist Pass, you can save up to 80%. You will also save a lot of time with the Pass and you will not have to stand in ticket queues. All you have to do now is screen your pass on your phone and you're free to go! There are a slew of other benefits that come with the Pass that you can check out!