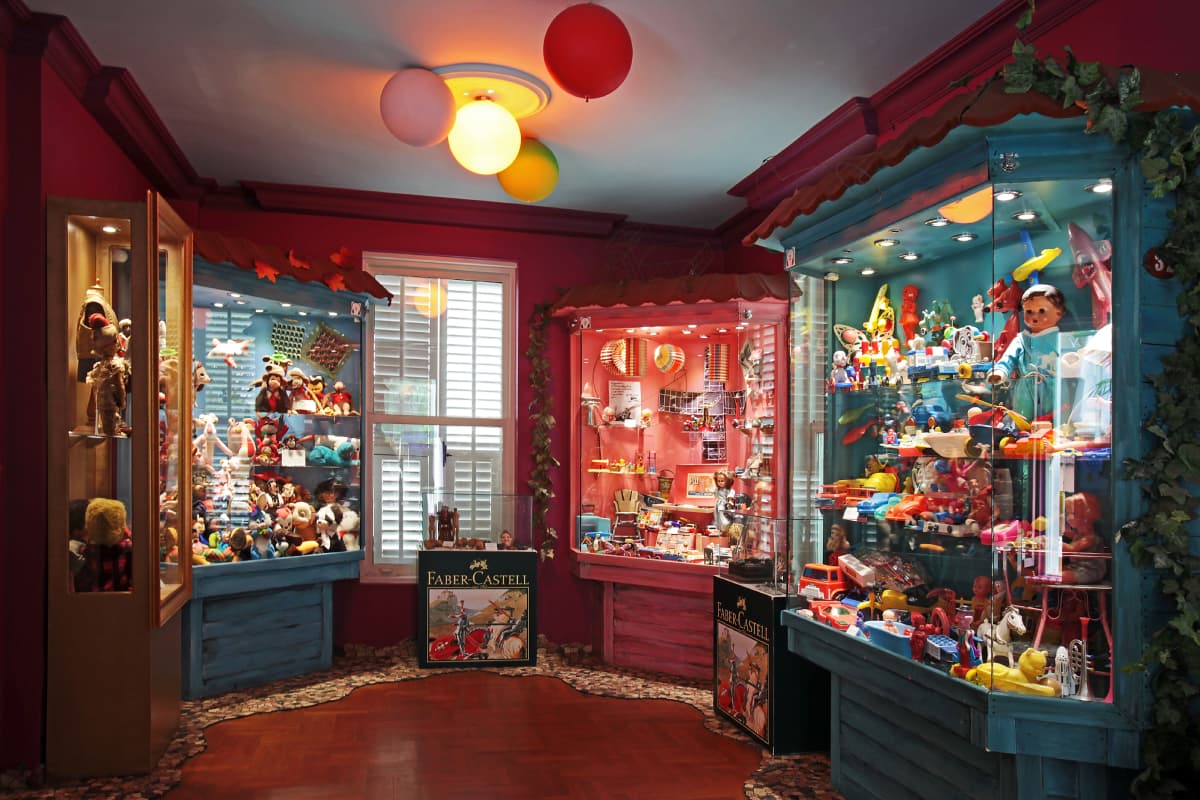 All About Istanbul Toy Museum

The Istanbul Toy Museum is a toy museum in Istanbul, Turkey, situated in the Goztepe neighborhood of the Kadikoy district. Sunay Akin, a Turkish poet and writer, established the museum in 2005. The museum opened on April 23, Turkey's National Sovereignty and Children's Day, which is a national holiday. The museum now has 4,000 toys and miniatures from Turkey and elsewhere on display; many of the exhibits are antiques, with some dating back almost 200 years. The Eyup Toy Shop, a well-known toy store that closed in the 1950s, is located on the museum's first floor. The museum was nominated for and made the shortlist for the European Museum Academy Children's Museum Award in 2012.

If you want to visit The Istanbul Toy Museum, founded on April 23, 2005 by the renowned poet and novelist Sunay Akin, contains the most notable specimens of toy history from the 1700s to present. Sunay Akin's toys, which he purchased and gathered from collectors, antique stores, and auctions throughout his 20-year journey across more than 40 countries, are on display in a historical house for people who are interested.

These unique toys also provide visitors with a fun and engaging method to learn about the world's history (For instance, Moon landing efforts are told in the section where space toys are exhibited). Because of all of these features, the museum draws not only children, but also teenagers and adults, providing a chance for three generations to spend quality time together. Sunay Akin, a well-known poet and novelist, founded the Istanbul Toy Museum, as we've previously stated. Aydan Dogan, a stage designer, was in charge of the museum's décor. The Toy Museum is the world's "first museum," founded by a poet and built by a theater designer.

The Istanbul Toy Museum is housed in a historical palace owned by the Sunay Akin family. Over 4,000 toys from 40 different nations have been collected over the course of 20 years on five levels of the ancient house. These unique toys were initially organized by topic, then relocated to carefully designed spaces inside the rooms and corridors. Native American, Space, Submarine, and other topics are represented in these sections. The collection contains unique items such as Fawn Zeller's Mona Lisa doll, which is the only one of its kind in the world. Because it is a kid-favorite site, visiting Istanbul Toy Museum is particularly beneficial if you are visiting Istanbul with your child.

How to Get to the Istanbul Toy Museum?

The Istanbul Toy Museum is situated in Kadikoy's Göztepe neighborhood. With your own vehicle, or by bus or subway, you may easily get to the museum. To get to the museum, take bus numbers 10B, 10S, 14, 17, 17L to Goztepe; GZ1 to “Tutuncu Mehmet Efendi” stop; or ER1 to “Erenköy” stop and walk a short distance. If you're using the metro, take the Kartal-Kadikoy line and exit at the "Yeni Sahra" station. From there, it's a short walk to the museum.